For the past couple of weeks I've been on a serious reversible tsuke obi kick. It all started with this obi right here, which April gave me last year because she would never wear it. It is a reversible tsuke obi, the other side is identical in design, except the fabric is a brighter/darker red. The moment I saw it, I had the wheels turning in my head about making one of these myself. Of course, that's easier said than done, because it took me over a year to actually do anything! 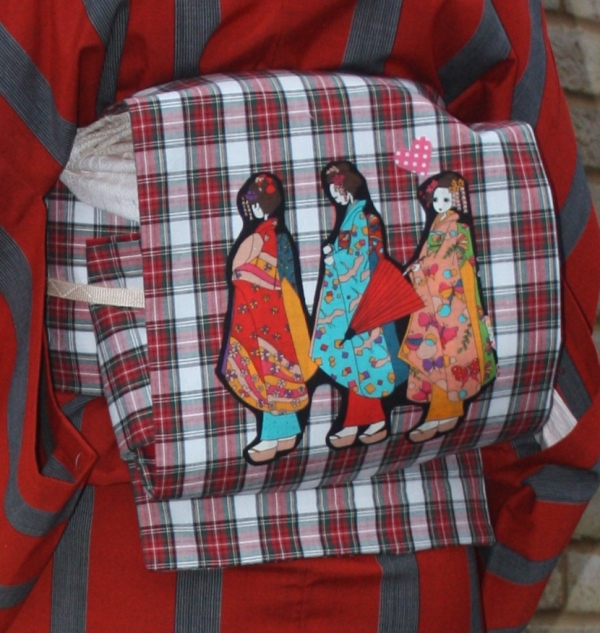 The first obi I've made is the one I wore to October's Anniversary Kimono de Jack (Bad, bad Lyuba didn't update her own blog, but you can see more photos at the official KDJ blog). 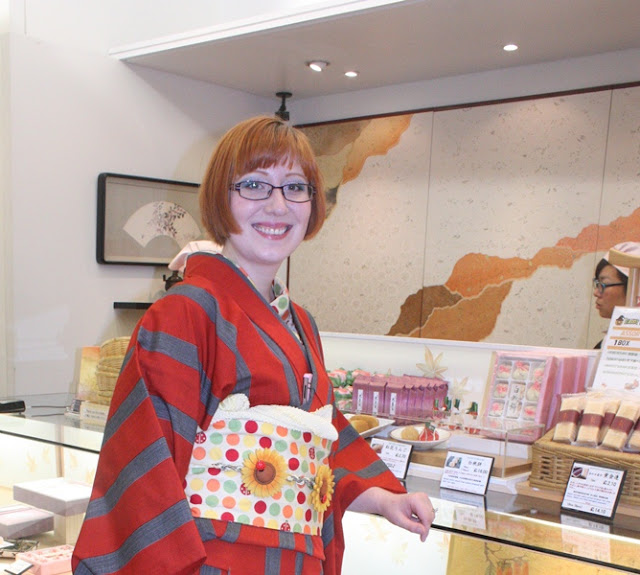 Below you can see two sides of the obi. While making tsuke obi is not exactly a rocket science, I still had to figure out the best way to do things at this point, and let's just say this obi left a LOT to be desired. Thankfully, you can't really tell when it's worn, but I KNOW it and it bothers me. 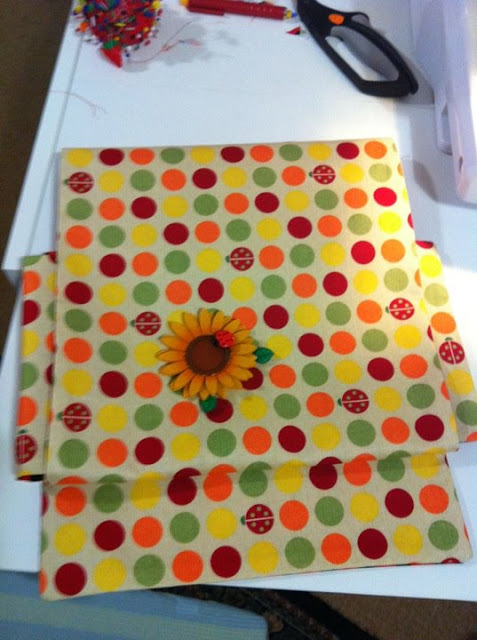 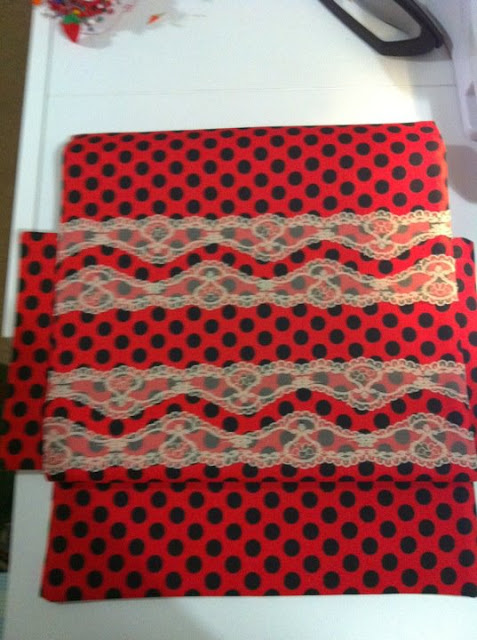 Few weeks ago I've decided that  I need to have an obi with strawberries in honor of my blog's name, Strawberry Kimono. Here is the result: 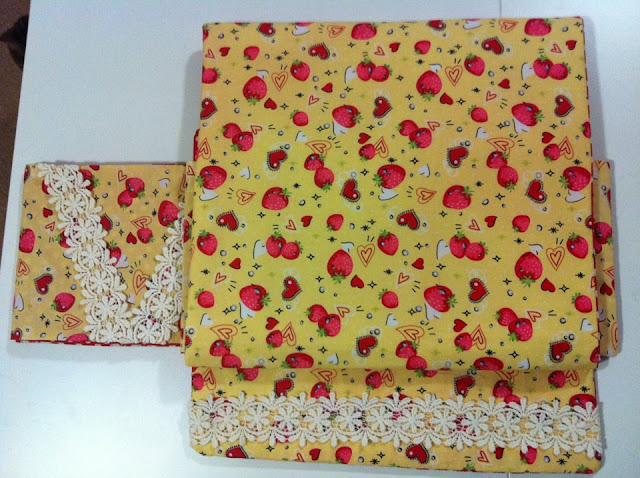 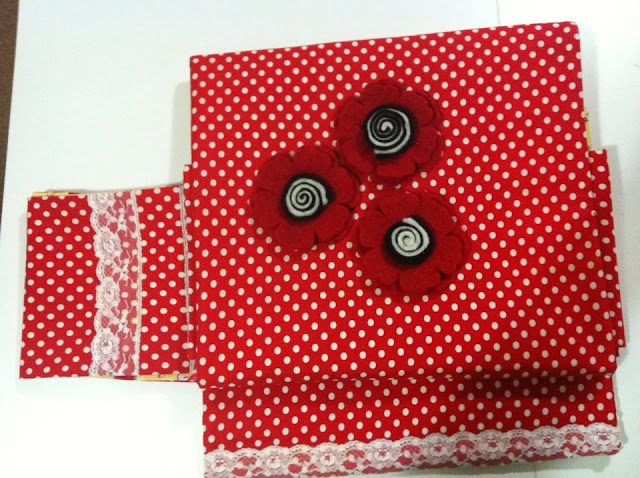 Next, I've been quietly obsessing over the Union Jack obi that I've seen in Kimono Hime #10. The actual obi is made by Modern Antenna (the brand that makes me re-think my love for Mamechiyo Modern. While I still love the style of Mamechiyo, I much prefer the actual kimono and obi from Modern Antenna). Well, the original obi is sold out now, but it cost 58,800 yen when it was on sale, or $760 according to my handy-dandy currency converter. Yeah, so NOT happening no matter how much I love the obi.

Instead, I've decided that I can make my own version of the obi and set out to search for the appropriate fabric. I didn't actually find any fabric online, but I did came across jut the perfect size Union Jack fabric at one of my local stores! I went  home and made two obi which you can see below (only three photos, because Union Jack is on both of them). 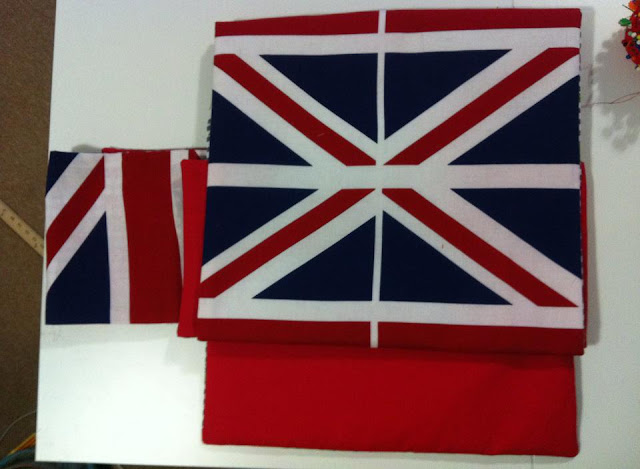 I tried to make the obi as close to the "original" as I could, but I will probably not do it again. Instead I will just use the Union Jack fabric all the way, unless I find red fabric that matches the red on the Union Jack perfectly. The problem I have with this obi is that reds don't match. It's not a big deal in the long run, but it bothers me because I know it doesn't match. On the bright side, I've finally figured out the perfect amount of interfacing to use! 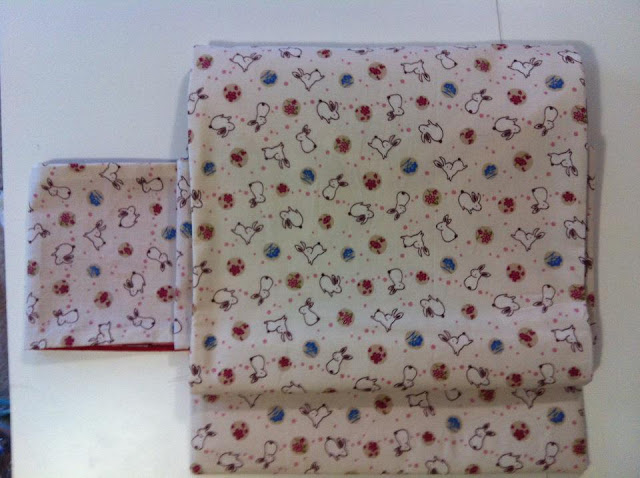 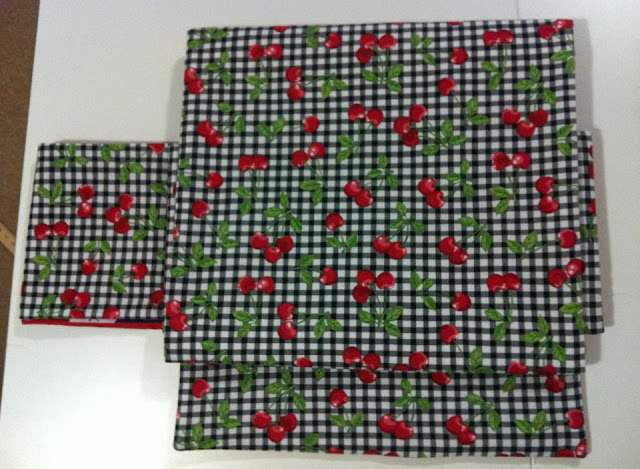 Here is this obi in action. 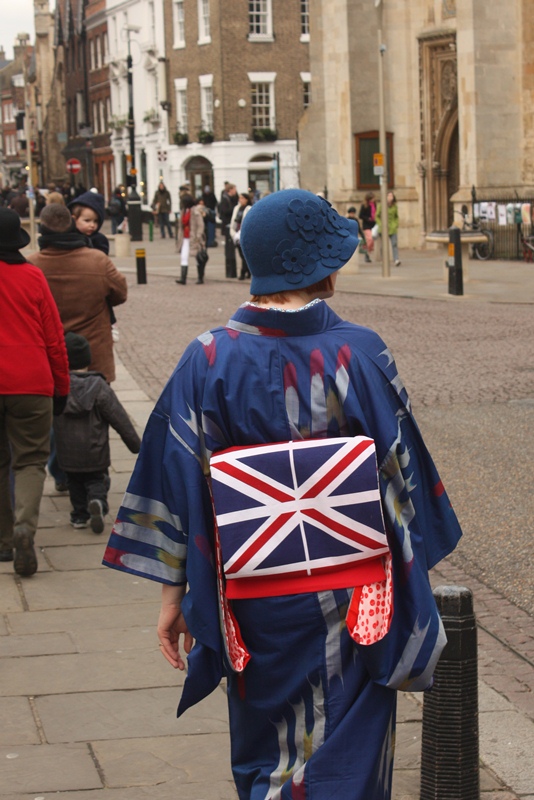 And here is a sneak peak of two obi that I've made in the past 2 days. I'm not showing the whole thing because I will put these up in my Etsy store next week! You're right, one of them is a Valentine's Day themed obi! 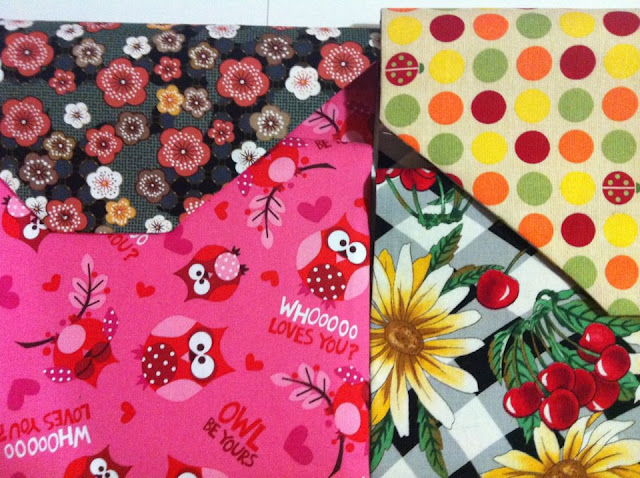