Finally I am at the end of this kimono challenge. Today's topic is one that I've added myself to the original challenge, because I believe that everyone has a special kimono memory. My special kimono memory is meeting Yumi Yamamoto at the Japanese Art Festival in 2010, and since I've never wrote about it on my blog, it's time to fix that. 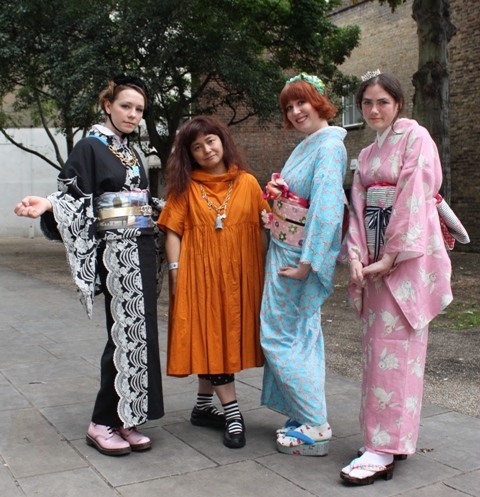 I don't have a good relationship with the Japanese Art Festival, because from the one time I went there it was a big waste of time and money. When I hear Japanese Art Festival, I expect at least some degree of traditional arts... Instead, most of it was Anime, anime, and more anime. Although every time there is a kimono fashion show, you have to survive hours of anime, anime, and anime before that. Needless to say, I never actually seen the fashion show during my first trip there, and I'm pretty sure I spent the grand total of 5 minutes walking around the place before bolting for a Japanese restaurant for lunch. This time, it was different because Akemi managed to get a kimono designer, Yumi Yamamoto, to attend! I was still not convinced that I would go, but then April told me that Akemi sent out a call for models for the fashion show, and the models were to wear Yumi's kimono. I was so in!


I exchanged several "fun" emails with Akemi, trying to figure out what time to show up and what to bring, and finally I was set to go with several bags packed full of kimono items. When I got there, it turned out that I didn't even need all of those stuff, because Yumi was going to provide everything for her models. At the end, I was still glad that I lugged all the stuff, since the other models ended up using everything. 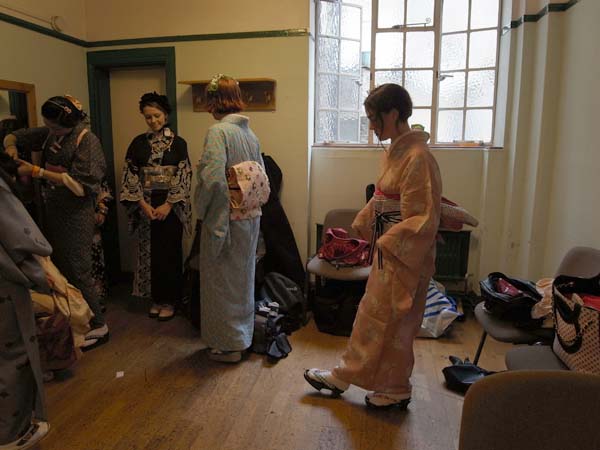 Yumi dressed her models in kimono, and we set out to figure out how to walk and pose, which was a lot of "fun", considering I don't speak a word of Japanese and Yumi's English is not that great. But somehow we managed to understand each other (I'm telling you, kimono has a universal language build into it!), most likely after I pretty much took over and told the models what I THOUGHT Yumi wanted. She didn't argue, so either I was right, or she couldn't say otherwise ;P. 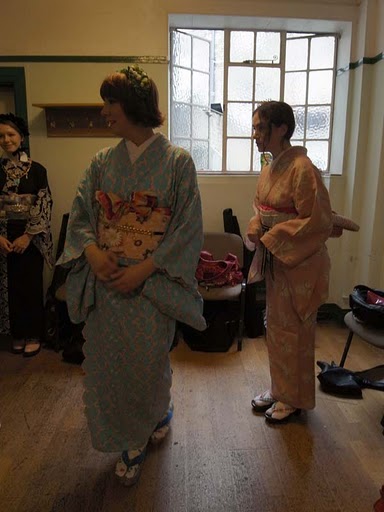 After we did some walking, we all helped each other with hair and makeup. Yumi put makeup on several models, and I was a little jealous, because I loved what she did and wanted the same thing done to me. Alas, I already had a full face of makeup, so I didn't need anymore. She also did some cute hairstyles on several models, while I asked one of the girls to help me with curling my hair upwards. 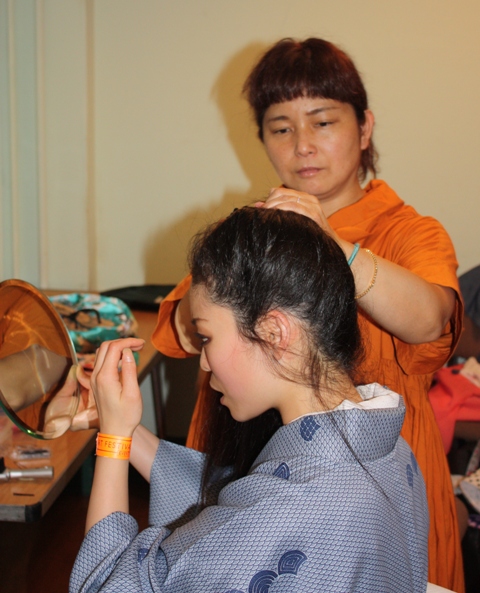 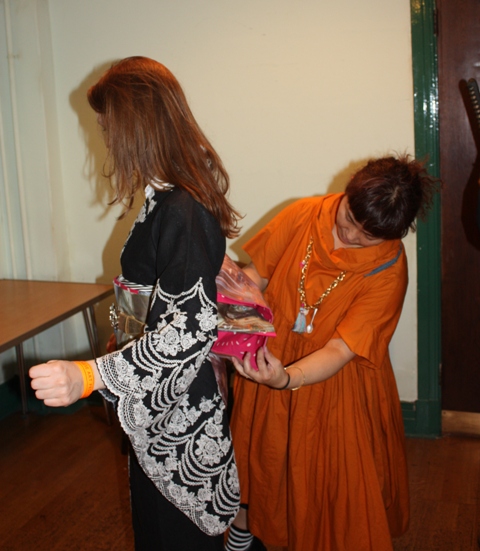 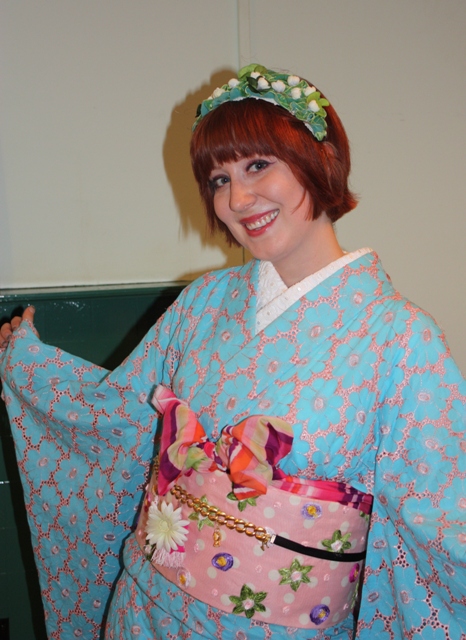 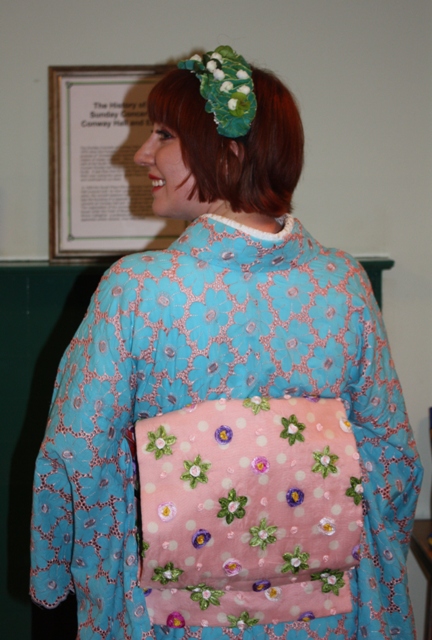 After the show, Yumi let me keep these socks :) So I could say I DO have one kimono designer item! 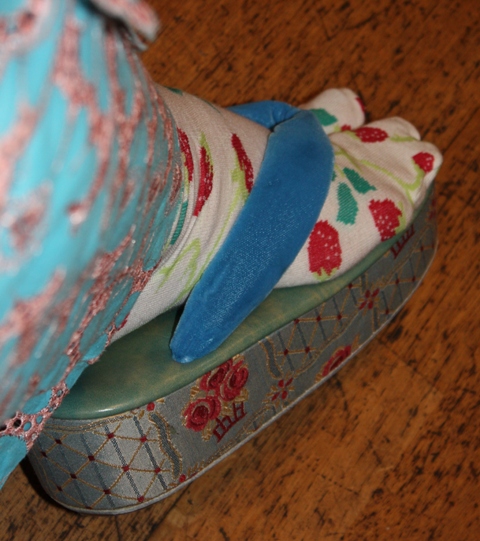 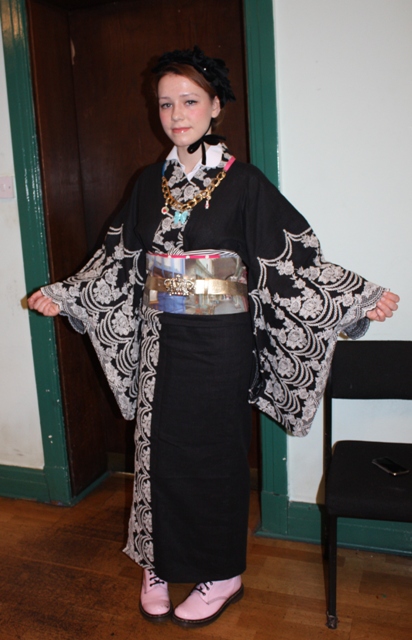 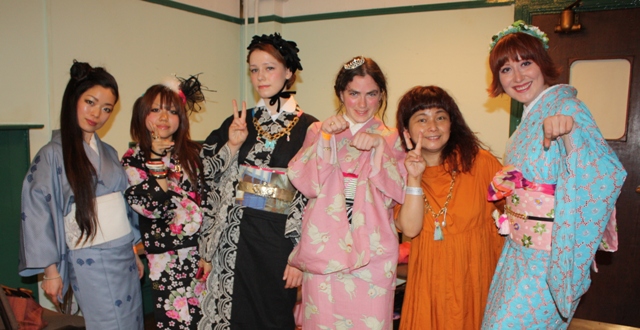 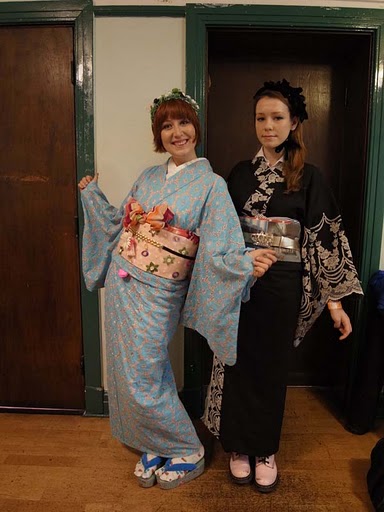 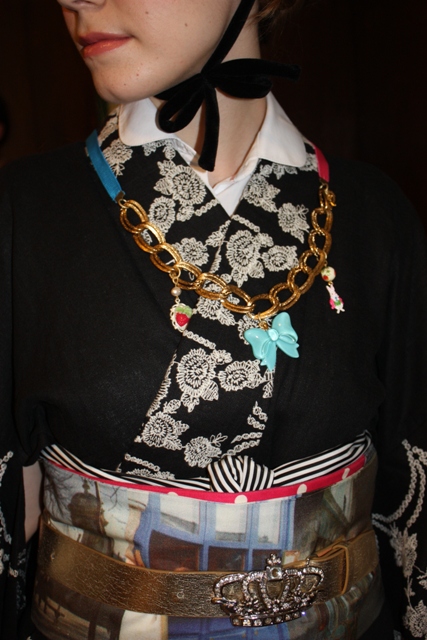 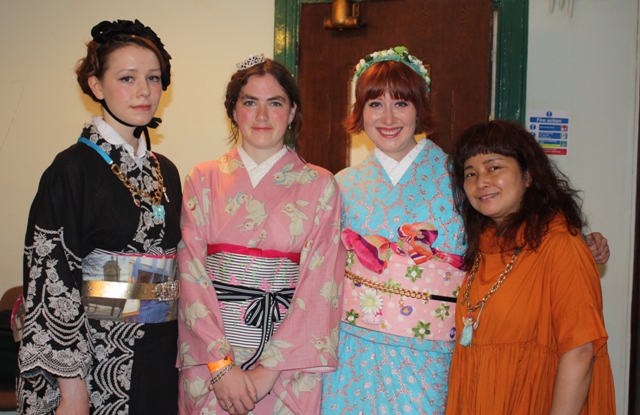 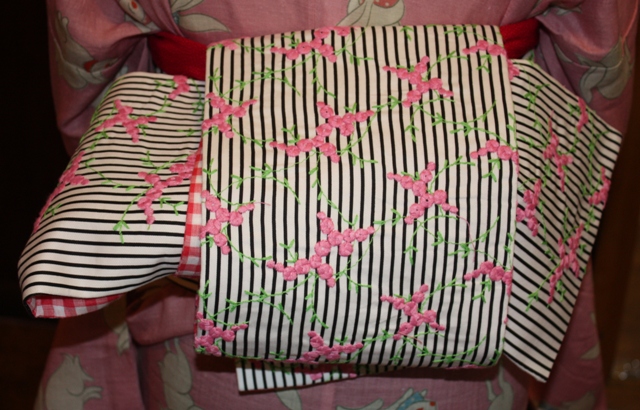 After the show we went outside to take photos. 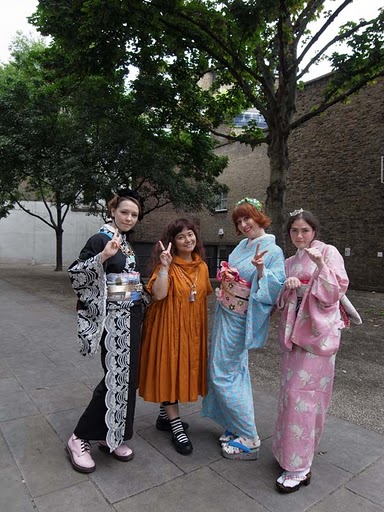 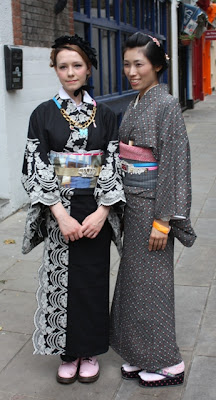 I actually still can't tell you how this festival was compared to the first one I went to. I think it was somewhat bigger, but I either spent all my time in the dressing room with Yumi and other models, or in front of Yumi's table. I bought her book and got her to sign it for me. :) 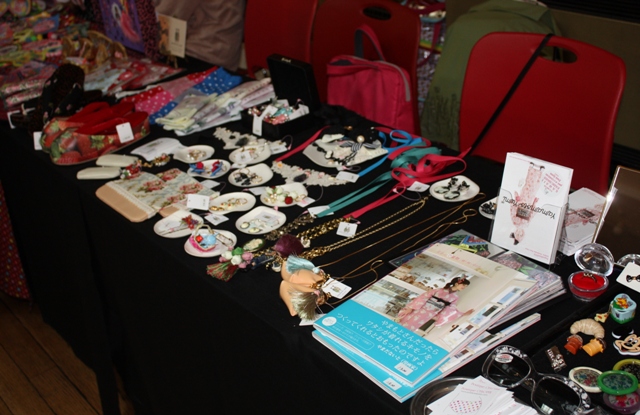 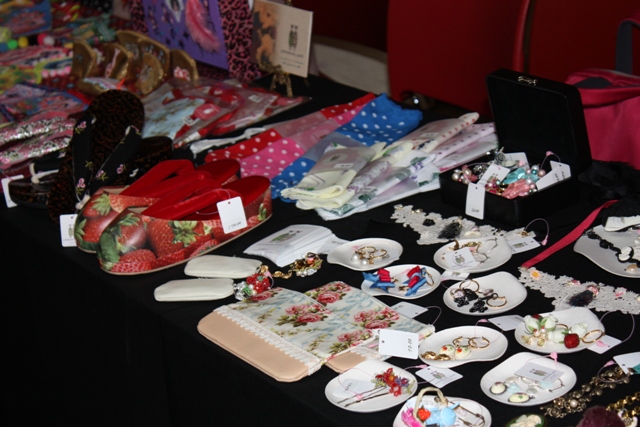 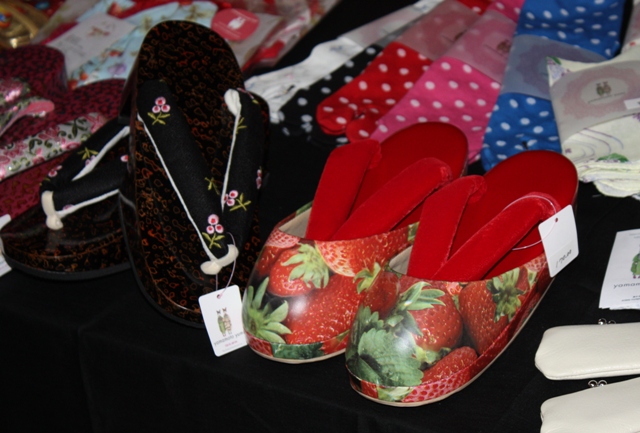 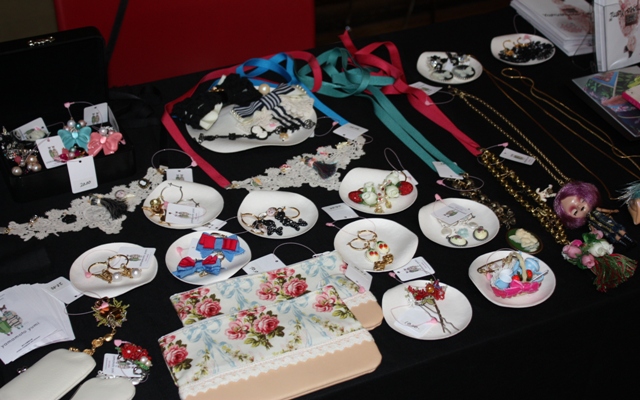 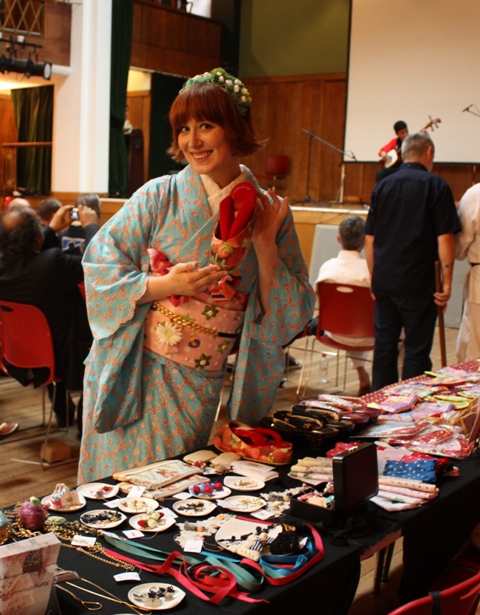 Overall it was a great day and I would love to meet Yumi Yamamoto again.


Have any of you met her the same year? She had a whole tour around Europe going on right before and after this event.


1. How did you discover and got into kimono?
2. Your dearest kimono item(s).
3. Your most used kimono item(s) (not counting jubans, datejimes etc.).
4. Your least used kimono item(s).
5. Your favourite coordination(s) so far.
6. What do you like and don't like about kimono.
7. Kimono confessions. Did you know that...
8. Your dream kitsuke items (or at least items you really really want but can't get for whatever reason).
9. Your biggest kimono fears.
10. Your biggest kimono inspiration.
11. Your kimono collection.
12. The evolution of your kitsuke Part 1 & Part 2.13. Your special kimono memory.
Posted by Lyuba-chan at 1:15 PM