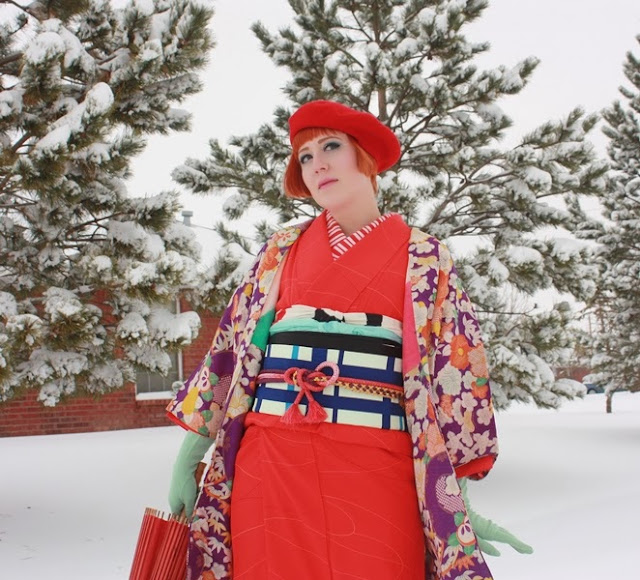 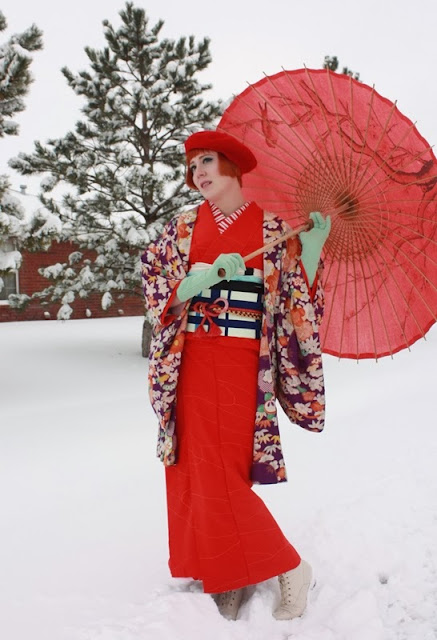 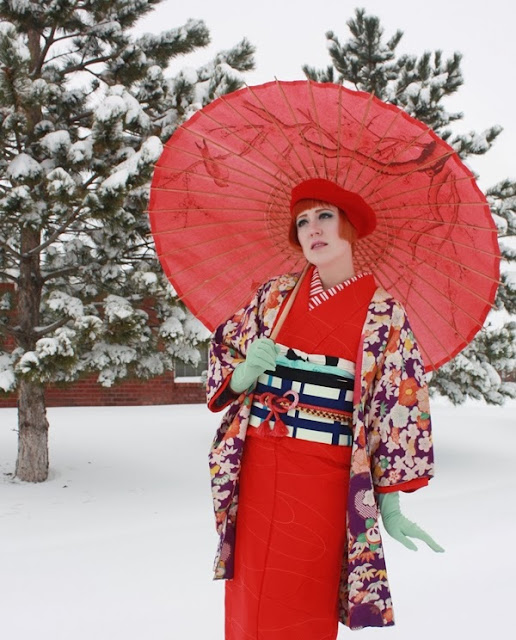 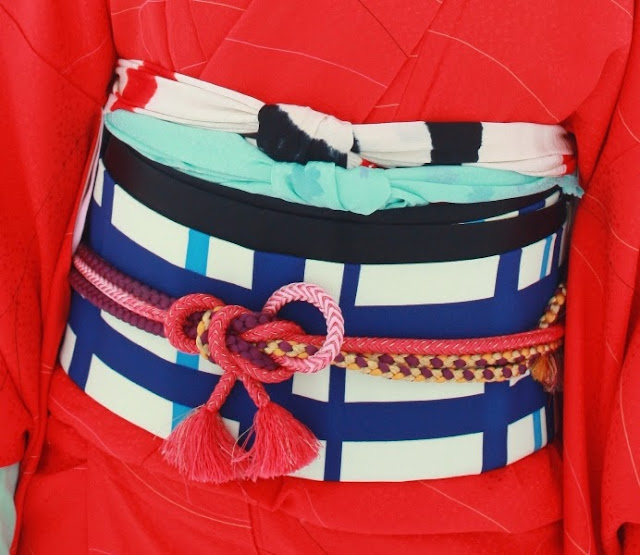 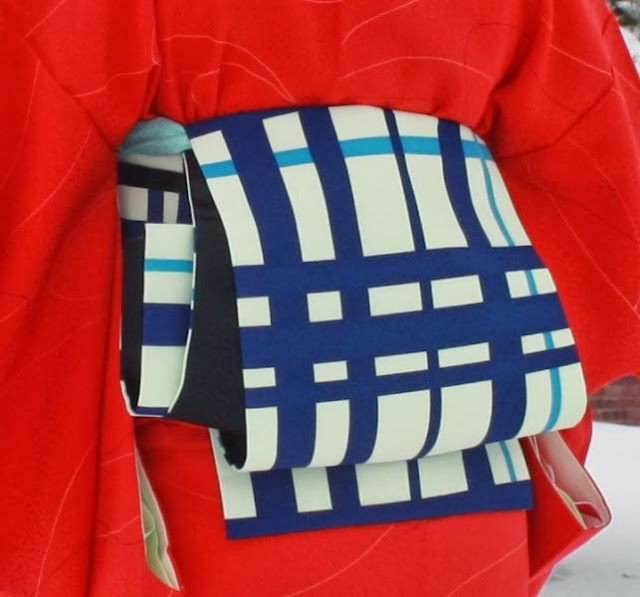 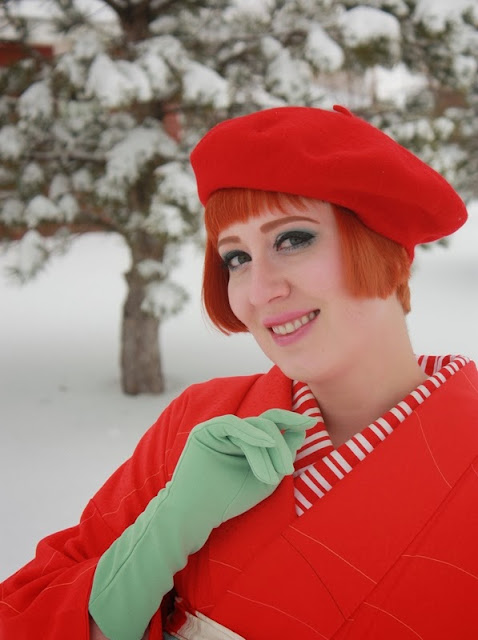 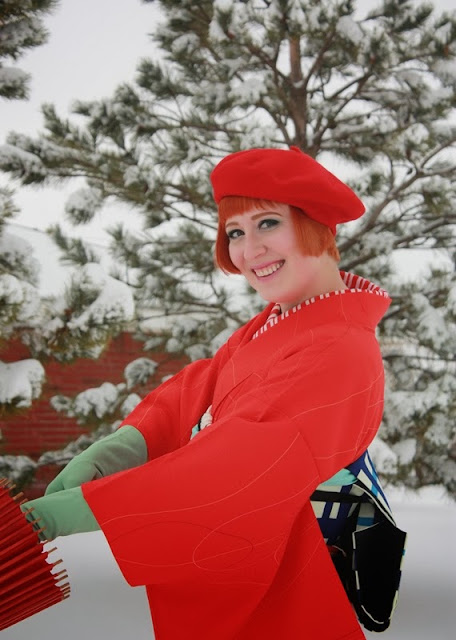 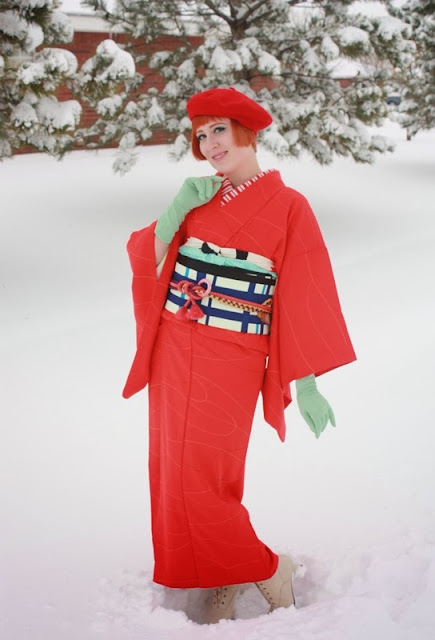 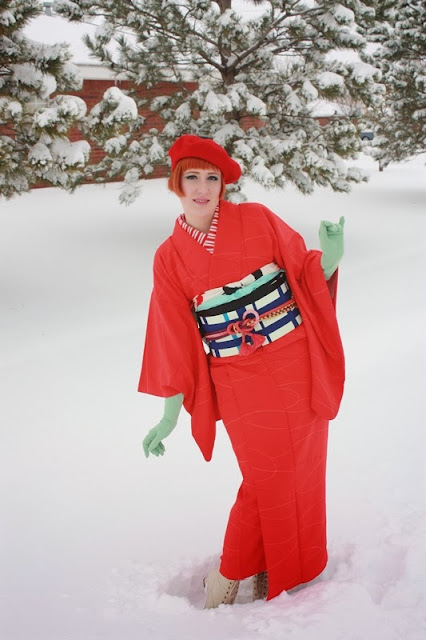 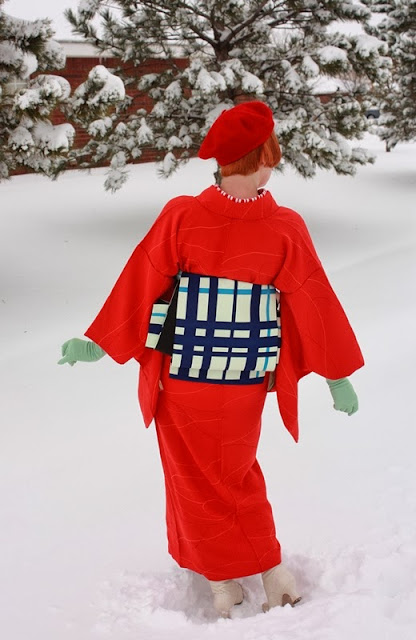 How I store my obiage 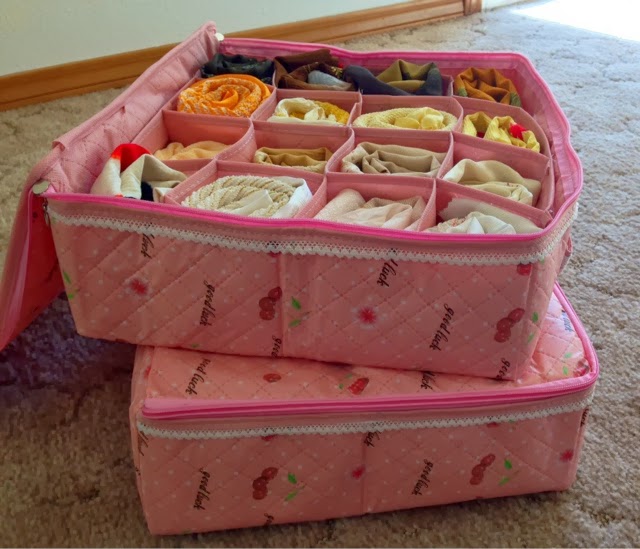 Few weeks ago Naomi showed me a blog post about vintage gloves storage, so we immediately started looking for these storage containers to buy for our gloves and possibly for our obiage. After looking at many different version, we eventually settled on these ones, as they seemed to be the most sturdy of the bunch. 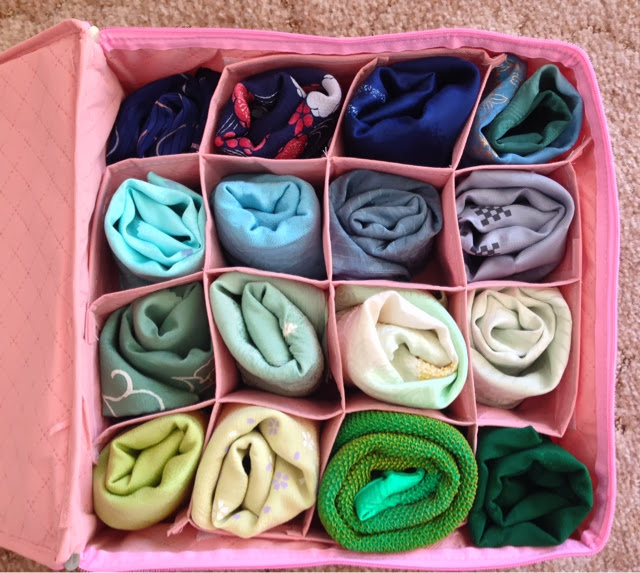 Well, after organized my obiage AND gloves, I'm proud to say that these containers work for both, but you will need to fold your obiage quite a bit to make it fit. 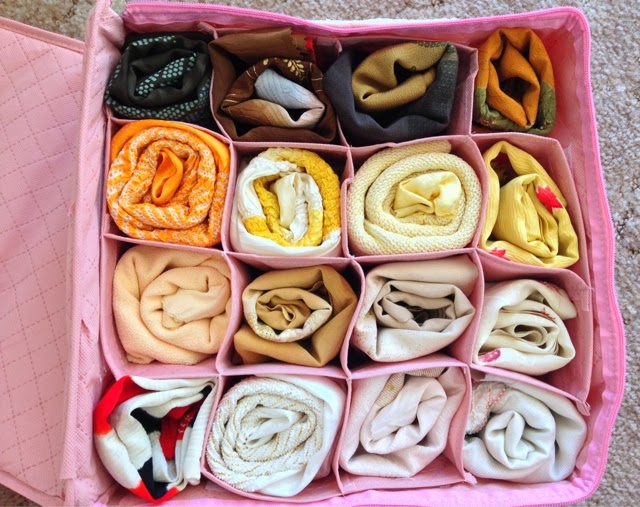 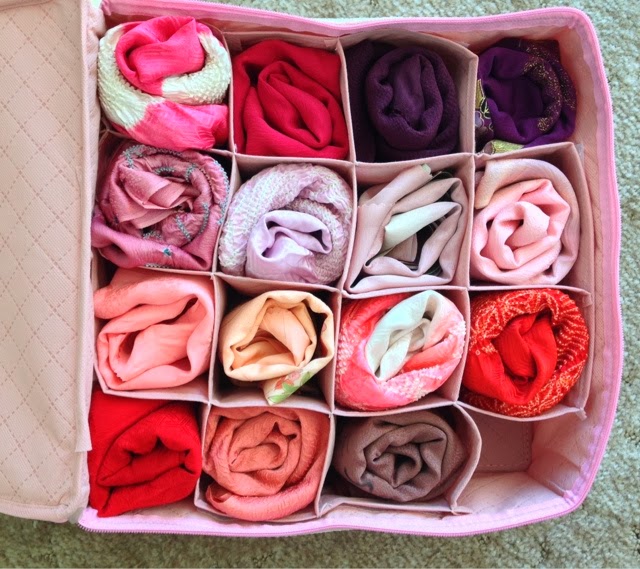 Posted by Lyuba-chan at 5:14 PM No comments:

New life for an unwearable obi 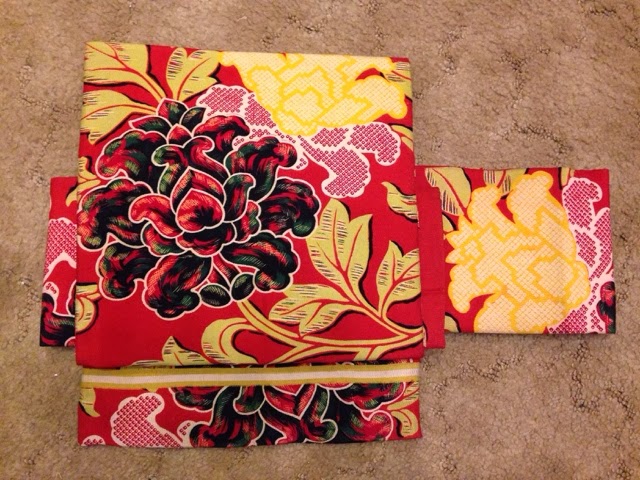 A while back I won this gorgeous obi for very cheap, but at the time I didn't realize WHY it was so cheap. You can see below the reason why no one else bid on it. I wasn't upset though, because I saw the potential for a nice tsuke obi. 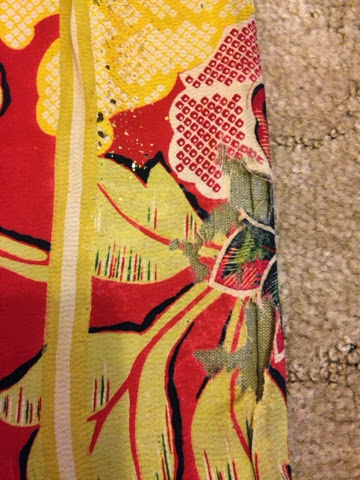 Not only was the bottom of the obi in a completely unwearable condition, but there were tiny little holes everywhere on the front. Luckily for me, the obi has the same design on both sides, and the other side was in perfect condition! All I had to do was iron out the fold and make the drum part from the good size. 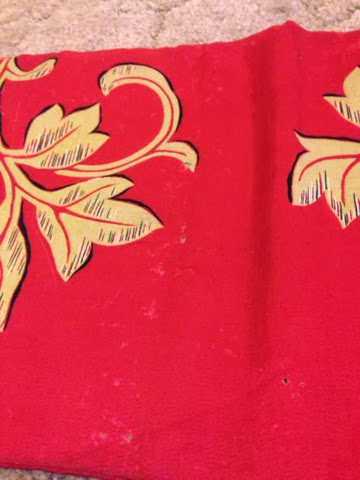 The first thing I did was cut the bottom so I could shorten the stiffener, then fold the fabric. It made the end understandably shorter and a little unbalanced in terms of the design (you can see it in the finished photo), but I'm not bothered by that. 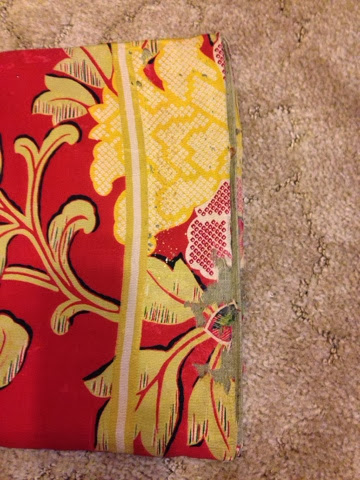 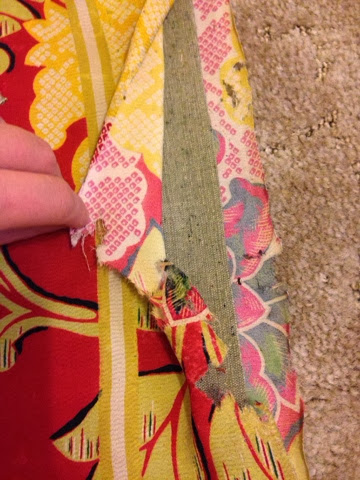 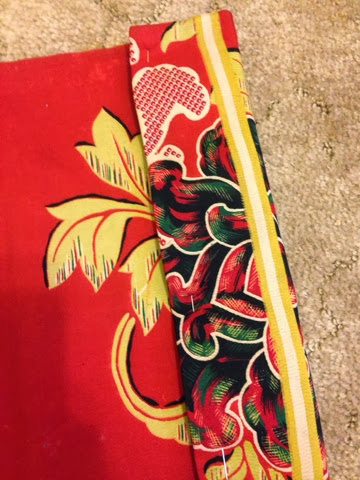 Since it's a tsuke obi, there were lots of hidden spots where I can cut off some fabric to cover the holes in the obi. 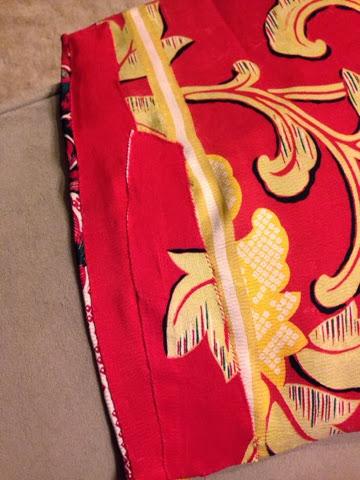 By the way, I decided to do it all by hand because sewing by hand is very relaxing for me. It's much faster to do it with a sewing machine. 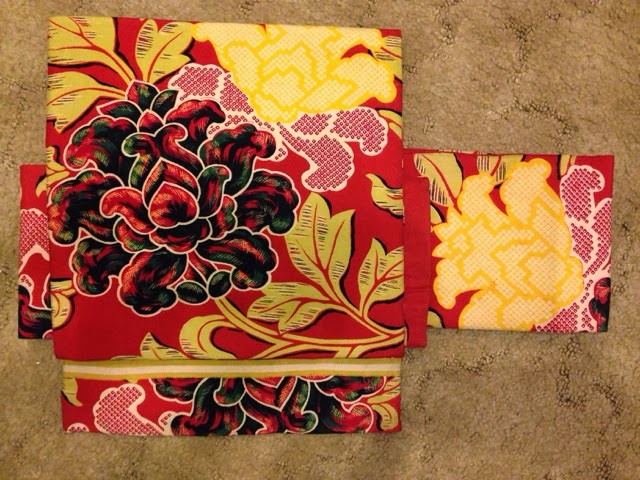 Here is the back side so you can see how I constructed the tsuke obi. It's actually really easy to do, and I really should stop procrastinating and convert some of the other obi I have. 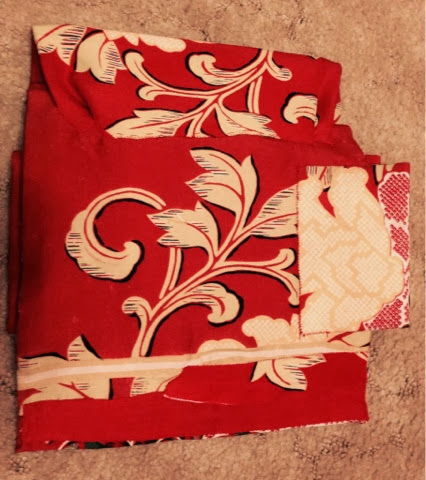 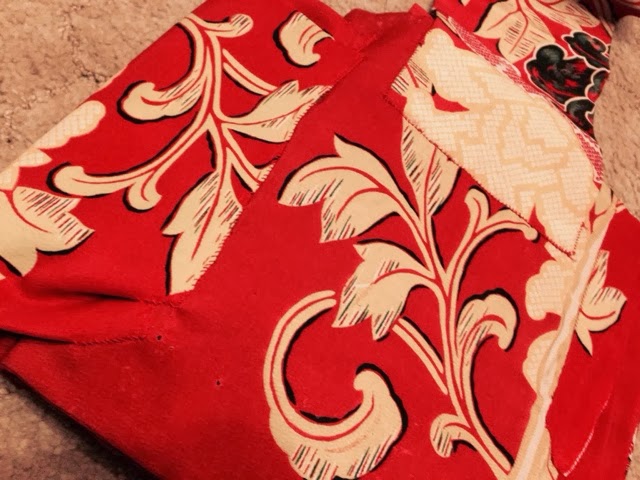 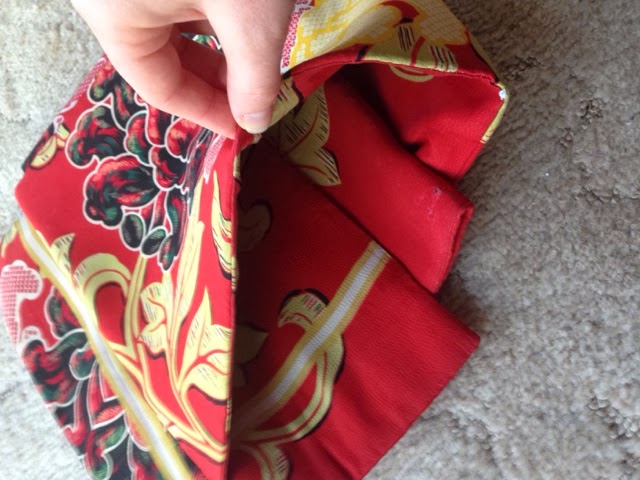 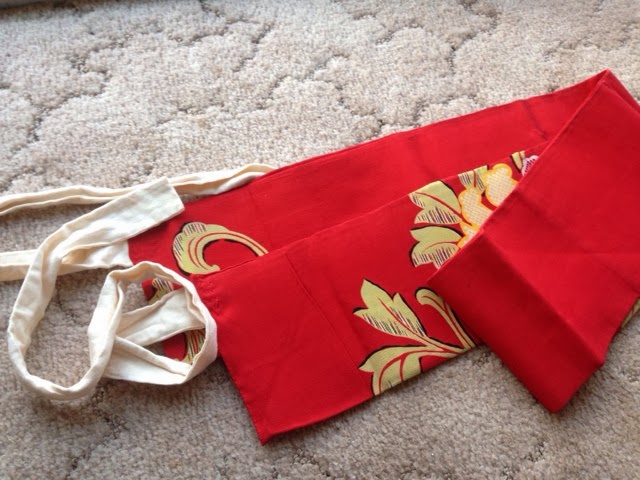 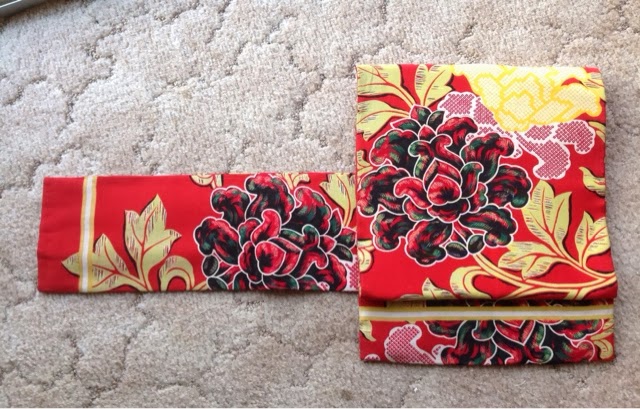 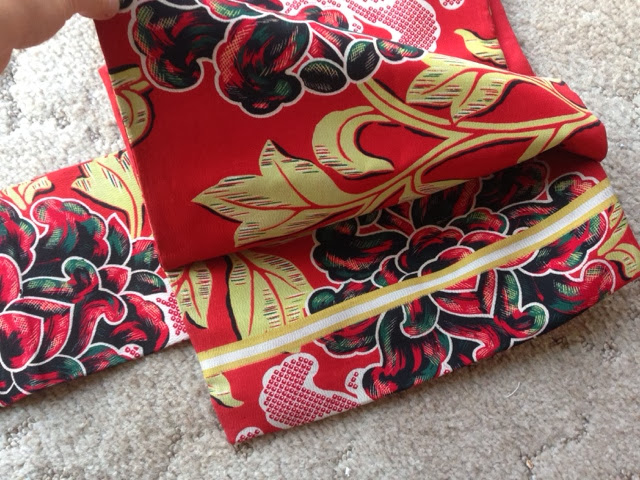 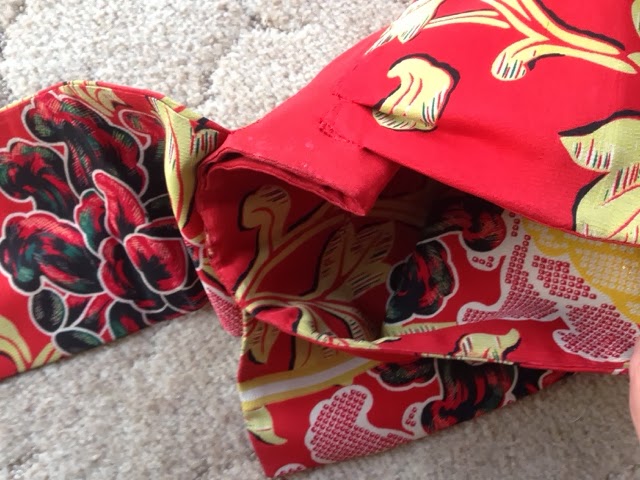 Posted by Lyuba-chan at 2:12 AM No comments: