It is hard to believe but last weekend I attended the 5th monthly Kimono de Jack event in UK. That's right, the FIFTH event. It might not seems like a lot to many, but to us it means that kimono lovers in UK are becoming a less rare sight on the streets. Yes, we are small in numbers but our enthusiasm for kimono makes up for it. 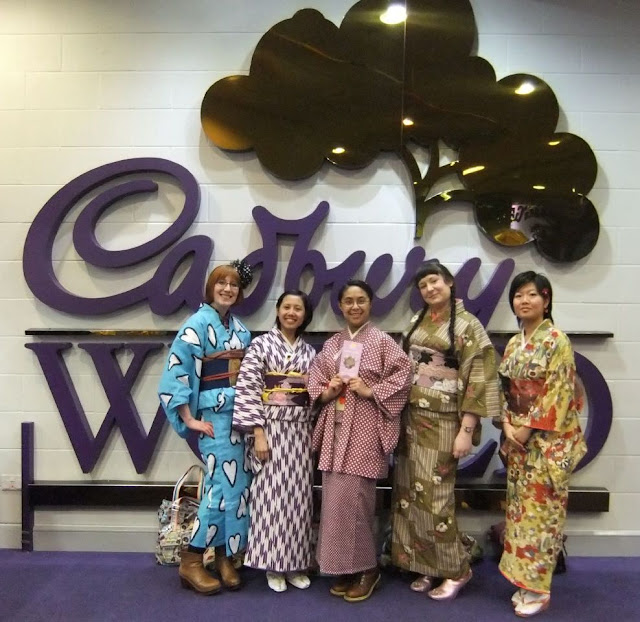 For this Kimono Jack we decided to go to Cadbury World in Birmingham. I've never been there, as well as several other girls, but it was on my To Go to list before I leave UK.  Because we were going to a chocolate factory most of us decided to wear something washable, just in case :) I wore yukata instead of kimono, but underneath I still had the whole shebang. Those that know me well know I really don't like yukata much, but this one is an exception. I wish, oh how I wish, it wasn't a yukata lol. 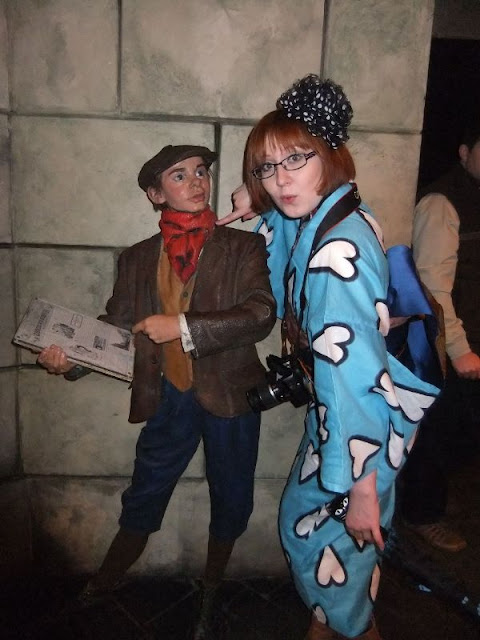 After wearing this yukata as kimono, I must admit that I wasn't that impressed. Not sure why, either because it IS a yukata, or because it hadn't been washed yet, but it felt very stiff and not as "flowing" as usual kimono. Wearing it was a pain, and it also clung to everything. I don't think I will ever wear yukata as a kimono again but instead will save yukata for yukata appropriate occasions. 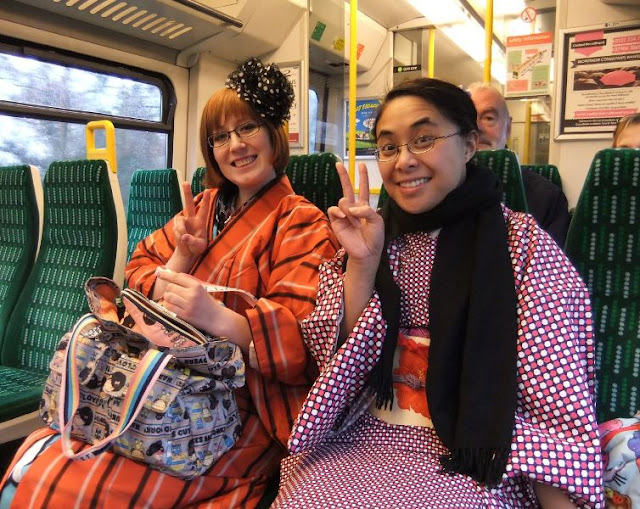 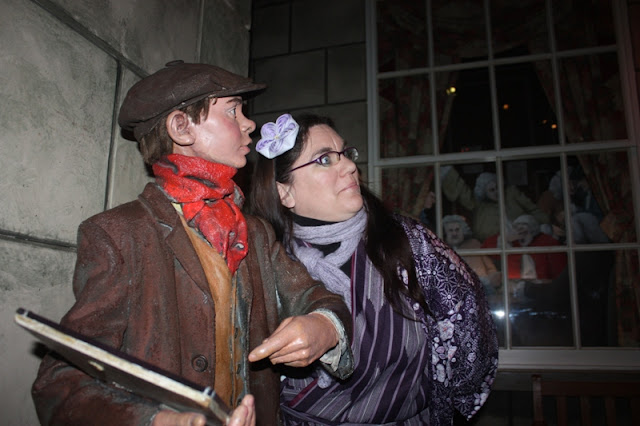 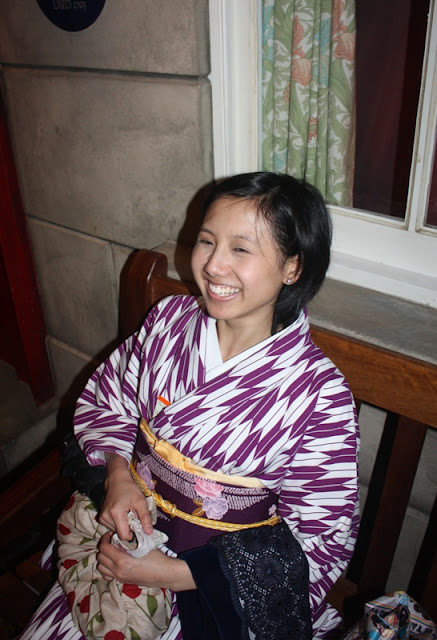 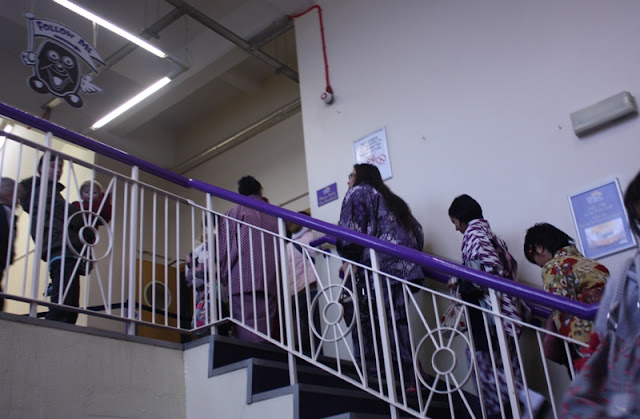 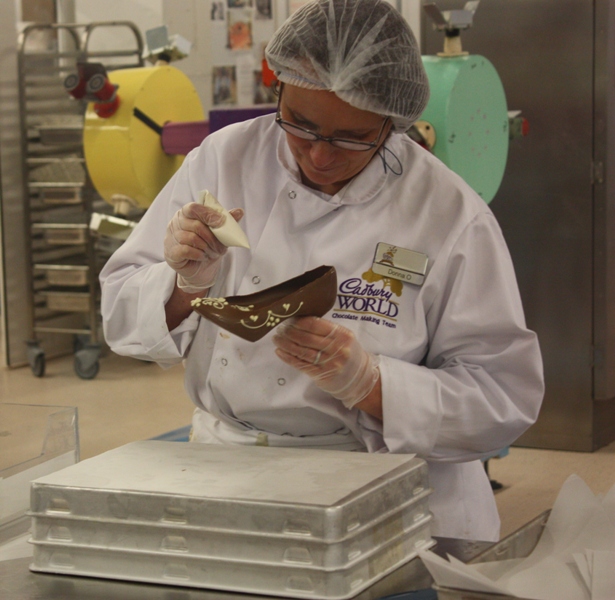 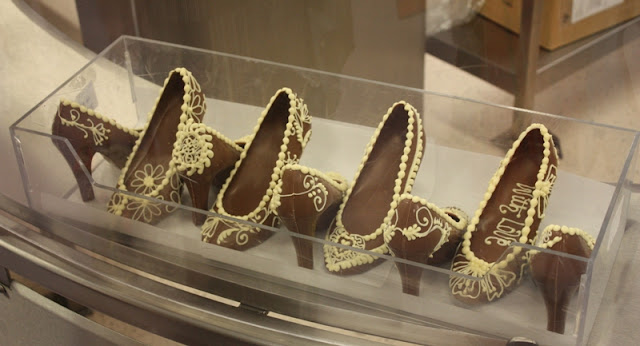 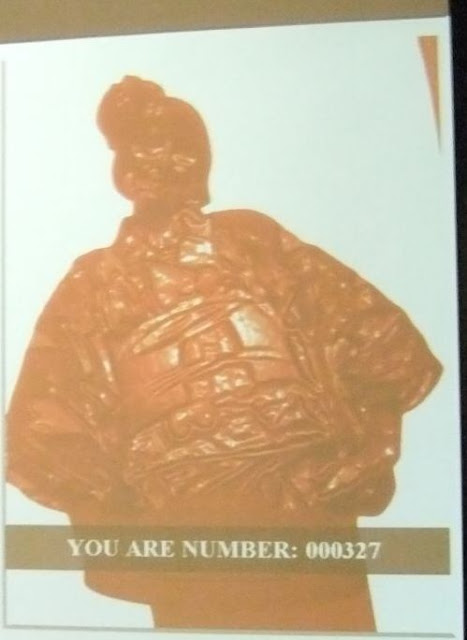 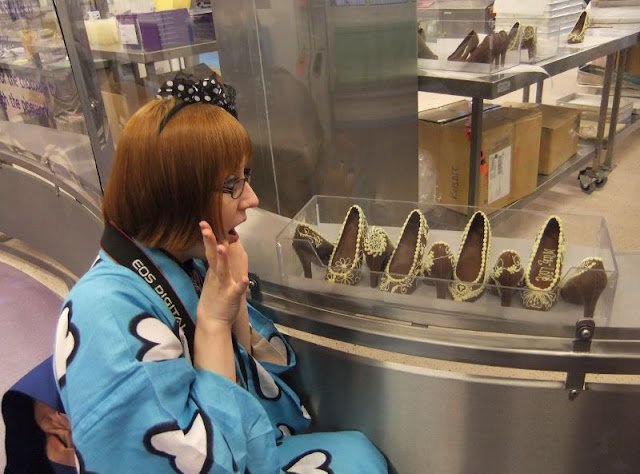 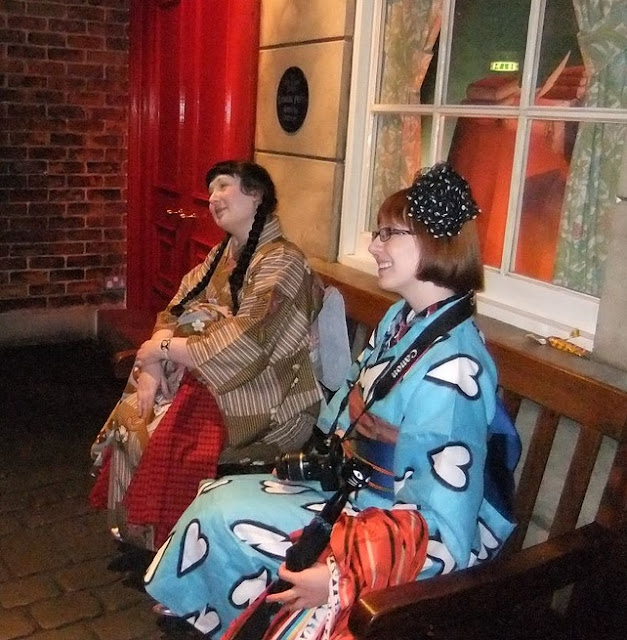 After our chocolate adventure we met up with 2 other people for lunch. I think this also made us to have a record number of people to date, 8 total to attend Kimono de Jack event. Exciting :) 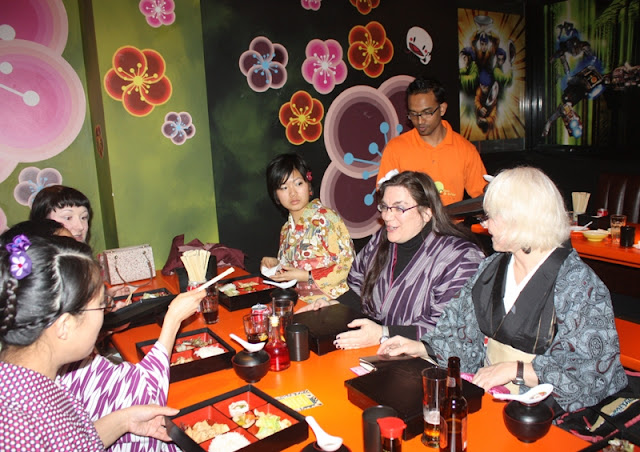 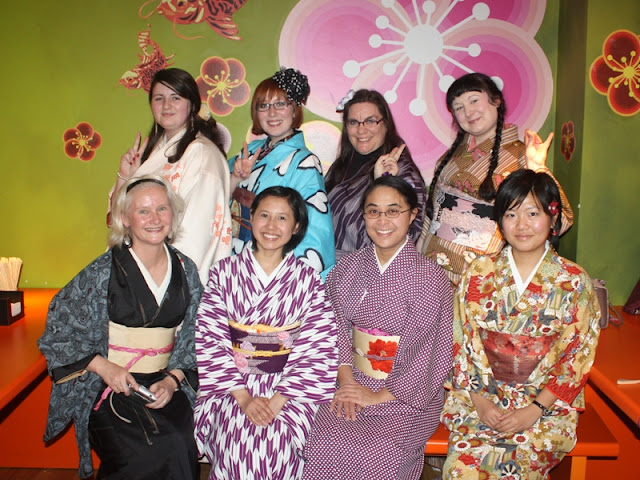 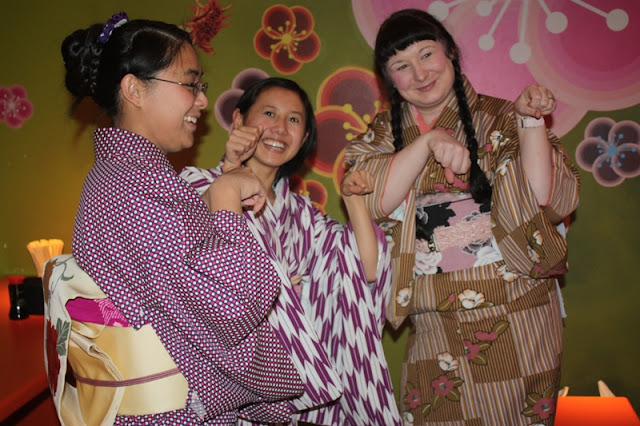 Next Kimono Jack will be in Manchester on March 6th for Manchester Antiques Fair.