Was a lot of fun! But at the same time it was so crowded! I never been anywhere that crowded and I went to San Diego Comic Con!

I got to meet up with all the IG ladies from UK which always makes me happy :) :) The festival itself was the first Japanese related event in UK that I got chance to attend so I was excited over that too. My husband was able to make it, and along with his friend Dan and my coworker and her husband, we had quite a large group in kimono :)

We walked around, tried on samurai helmets, decided against standing in line for takoyaki (because the line was just so LONG!), goofed off at Starbucks and generally had a lot of fun :)

Dan was very popular with Japanese ladies, partly because it's pretty rare to see a guy in kimono, and even rarer to see 2 guys in kimono! LOL And probably because of him mohawk too. It's his normal hairstyle so we didn't think much about it until all the Japanese started asking to take pictures with him and commenting on it :) One older Japanese lady talked with us for like... 5 minutes about how it's rare to see a young guy in kimono nowadays and that when you do see them it's such a NICE sight. Translation: it's drool worthy!

My hat was a hit too :) In US I never got any extra attention over a hat because all the attention went to kimono itself. But here I was around large Japanese population and I guess for them a hat was something extremely different. I also got asked for pictures a lot and got comments about my hat. The same older Japanese lady kept saying that hat suits me well, and that she never thought of wearing hat with a kimono. But then she (politely I guess) refused to take a photo with me (first by ignoring my request and instead standing next to Dan for a picture, and second by saying no to it) so I still don't know if I should feel mildly offended...? Like she was looking down at me for going outside the 'traditional kimono box' because I wore a hat? Eh I might be looking way too much into it... I should stop now. :)

I got interviewed for a Japanese TV station too... Nippon Japan or something along those lines so keep your eyes open, I might be on TV! LOLOLOL ;P My poor husband got dragged in to it too and proudly said that he wears kimono because "It looks GOOD!". 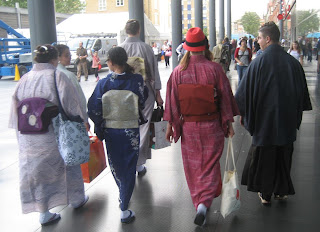 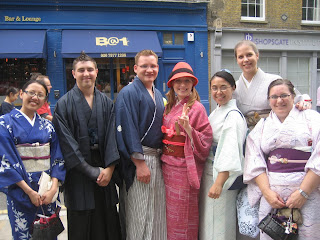 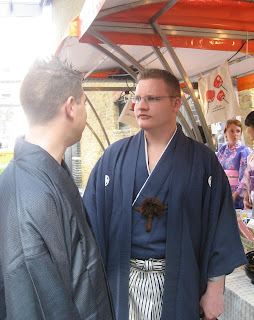 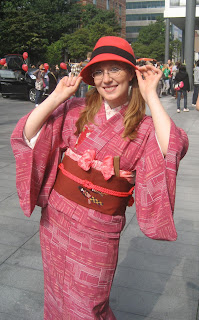 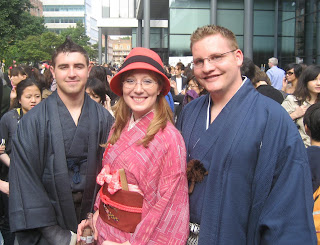 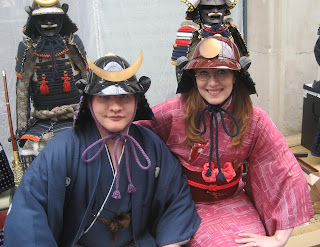 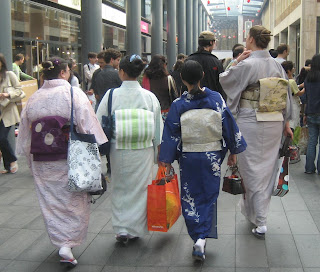