Sometimes it's hard to believe that Kimono de Jack UK has been going on for over three years now. I know I have a hard time believing and it seems that just yesterday I've read about it on Ichiroya's newsletter and decided that UK should have one too. I'm also pretty sure I've said the same thing last year, during out second year anniversary.

This year's anniversary is extra special to me for another reason. Next year at this time, I won't be in UK any more and probably will never get to attend another anniversary meet up, unless I make a special trip back. Because of that, we wanted to do something mega epically awesome to commemorate my last year in the UK, and so we decided to go to Harry Potter Studio Tour dressed in kimono. 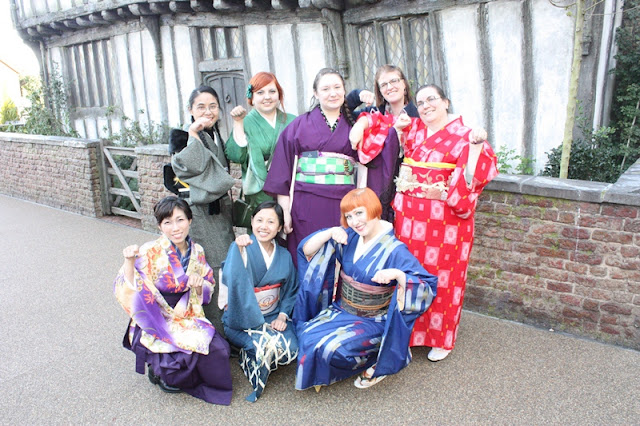 Before selecting which kimono to wear most of us went on Pottermore and got sorted into the houses. Hong and I got Ravenclaw, April go Griffindor and I think Isla and Kornelia ended up in Slytherin. I don't remember if the rest got sorted to, or if they just wore whichever kimono :) Since the colors of Ravenclaw are blue and bronze, I tried to get as close to that as possible. I don't actually own any obi that are bronze, but I do have one that's silver. In the movies Ravenclaw is blue and silver, so I figured that would work too. I also have tabi with owls on them, so I thought it was most appropriate to wear them to the studio. 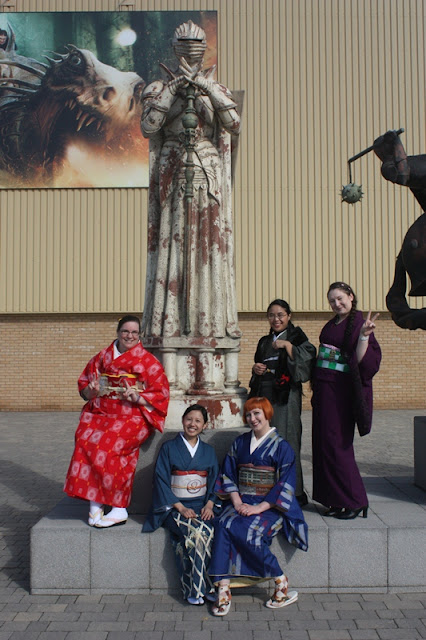 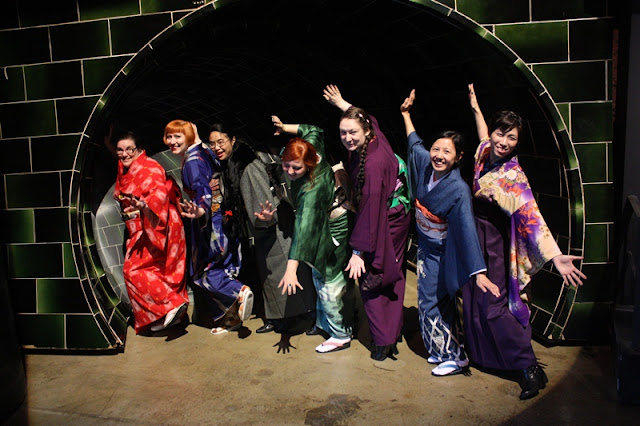 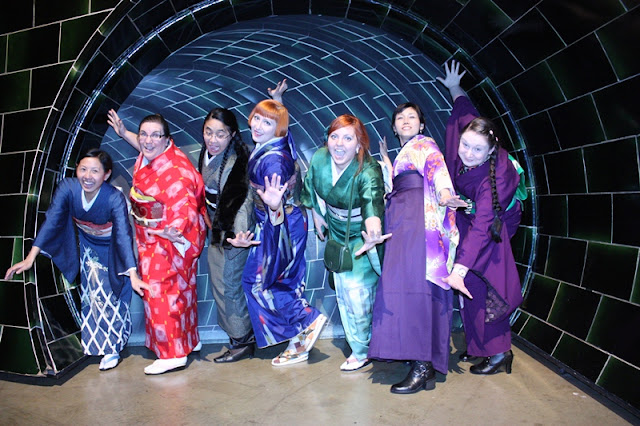 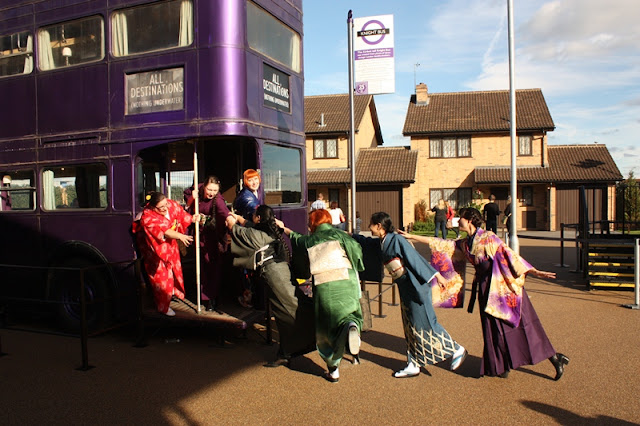 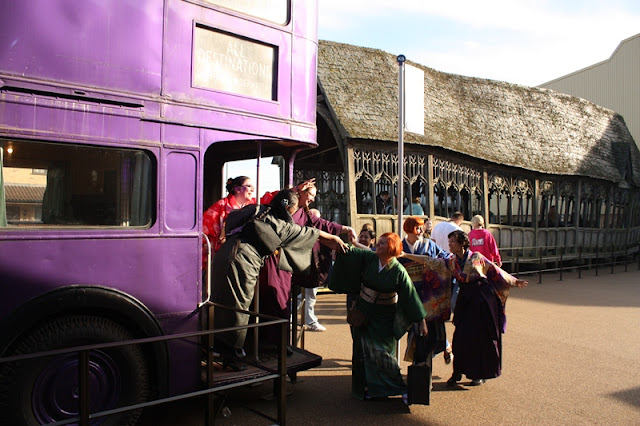 We had way too much fun with the bus, flying car and the bridge. So much fun that we literally took over the areas for the duration of taking photos. Sometimes wearing kimono pays off, because everyone just let us do it without complaint and probably snapped some photos in the process too. :) 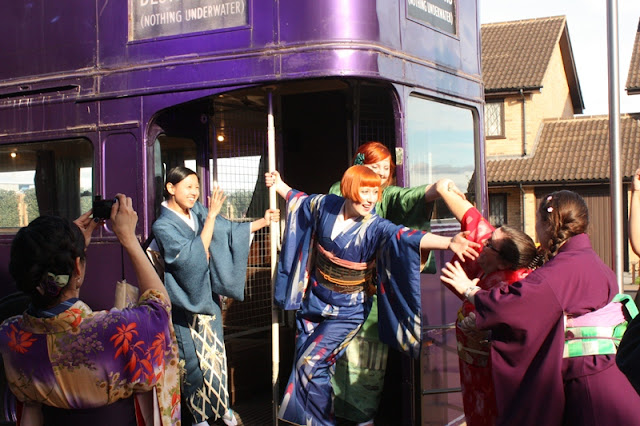 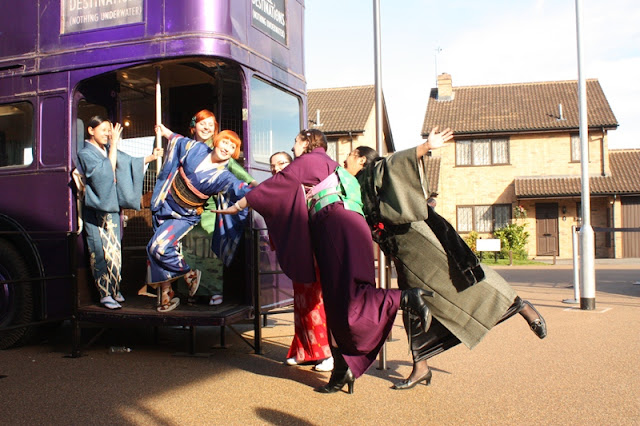 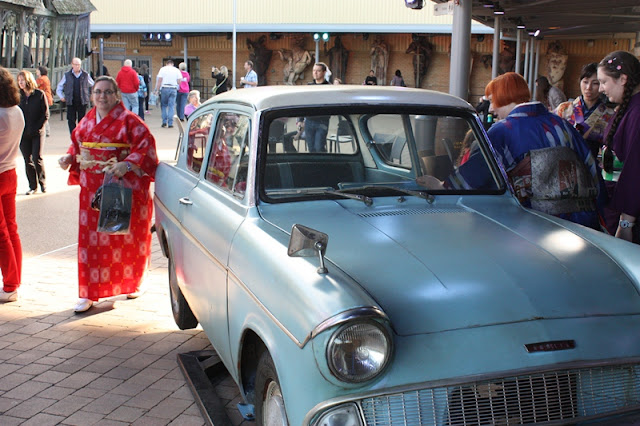 I got to be the driver because I'm just that awesome! : 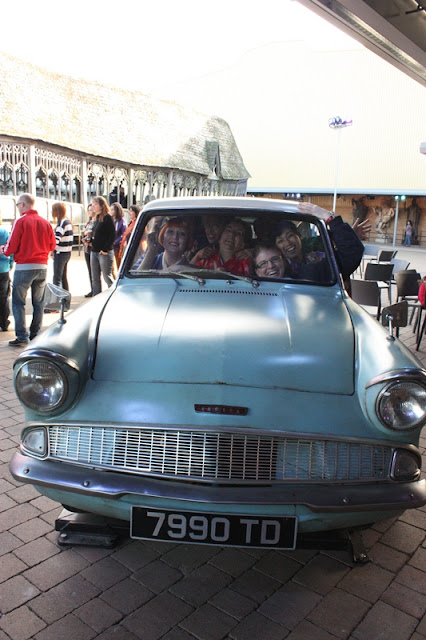 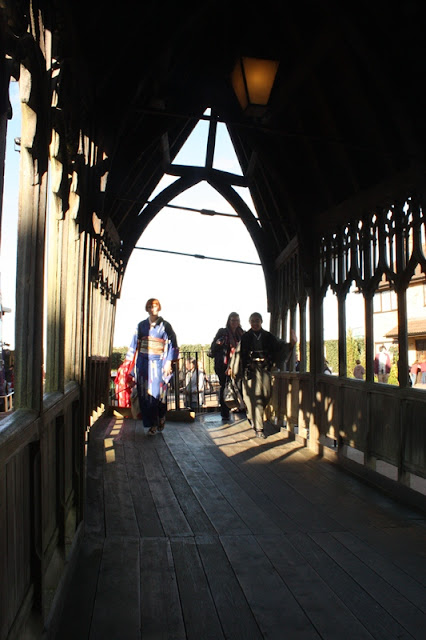 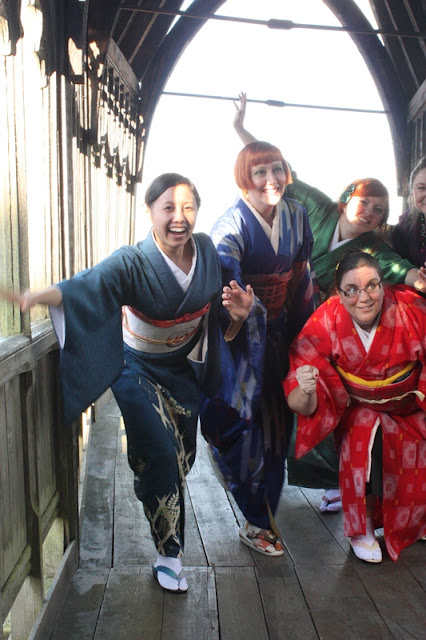 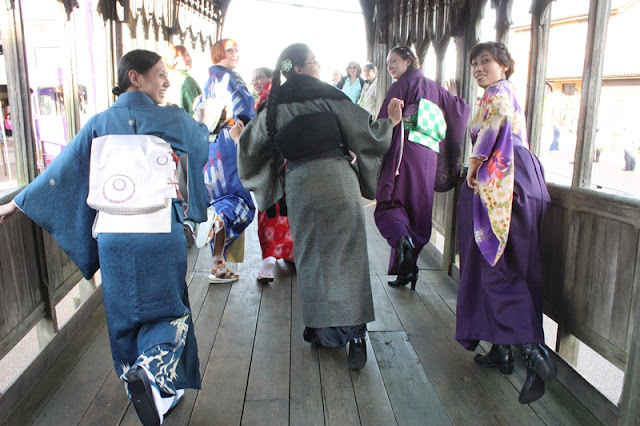 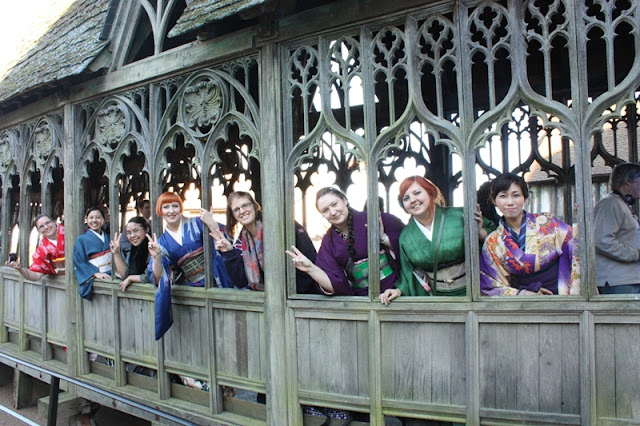 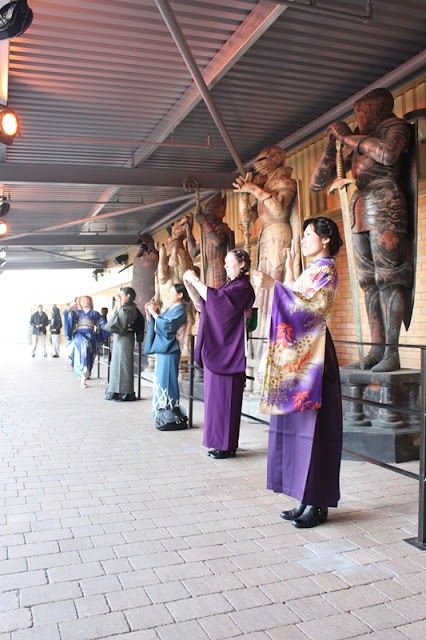 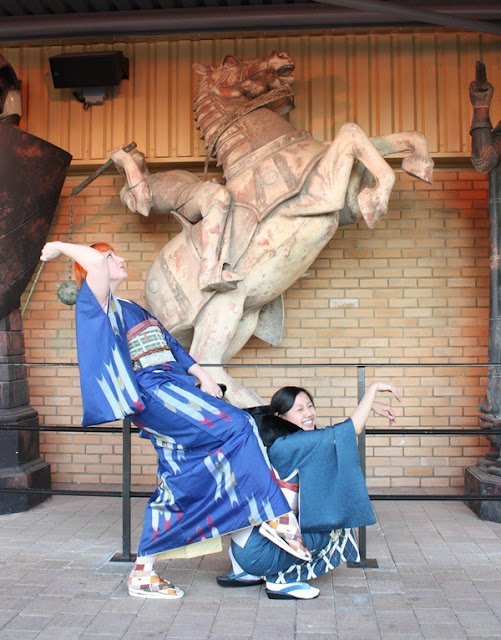 When we got to the chess pieces we decided to replicate the poses. Much of hilarity happened, especially when Hong decided that she is going to be my "horse". Lets just say I had a really hard time keeping a straight face!

Overall this was a great trip, and a great anniversary outing. I will definitely miss everyone next year in October, and will be anxiously waiting for the anniversary photos.