First Kitsuke of the Year

If it feels like I fell off the face of the earth, well I did... kinda. On the New Year's Eve our internet router box completely died, so up until yesterday I had no internet and I was slowly dying inside. And to think that I had all these blog posts planned for New Year, which I don't particularly feel like writing anymore because my inspiration is gone. 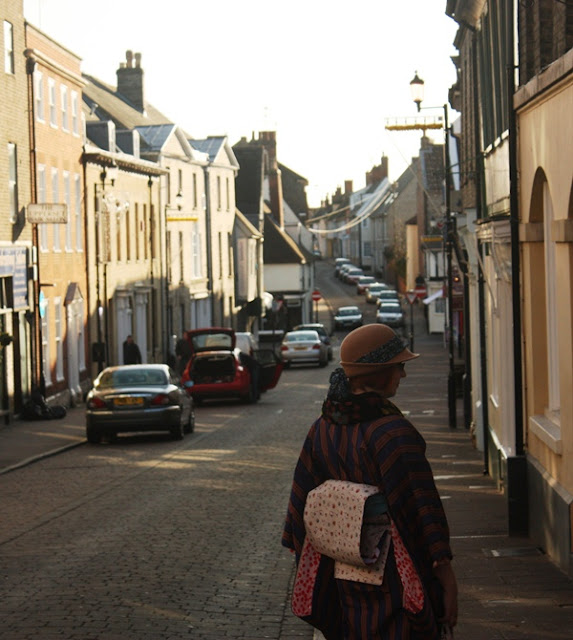 So today I show you my outfit from last week when we went out to movies, which coincidentally was the first kitsuke of the year!

In the past few weeks I've made several cotton tsuke obi, so for this outfit I've decided to test one of them out. Good thing too, because I found out that I needed to make some improvements before this obi can go to my friend in Florida. The small pattern and light color felt just right to coordinate with this striped kimono, and I think the small patterns on the juban also added to the general kimono greatness coordination. 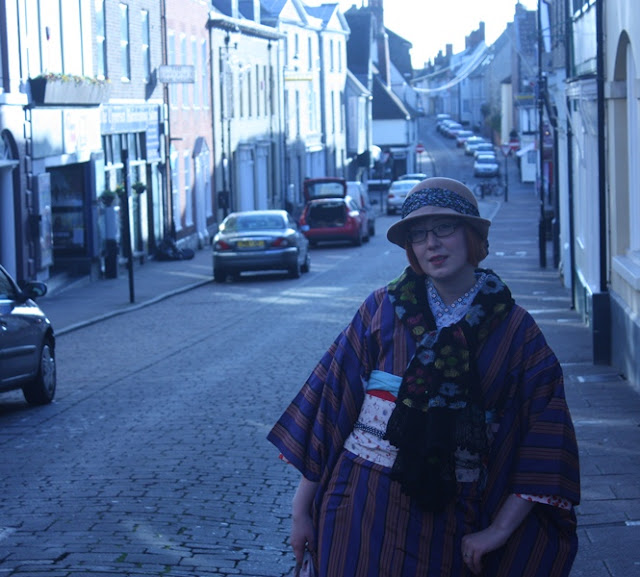 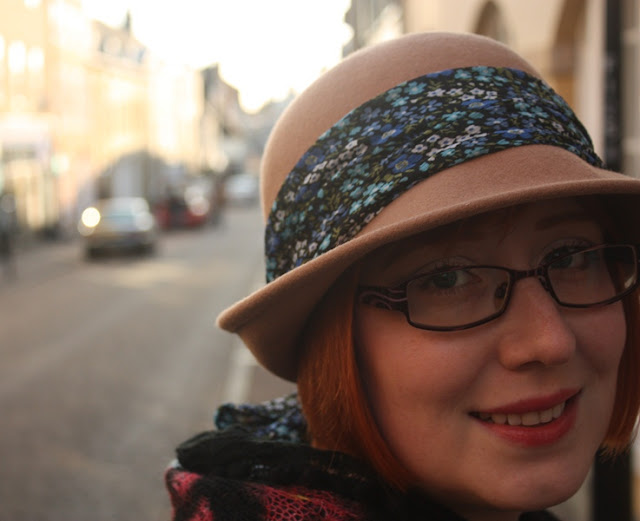 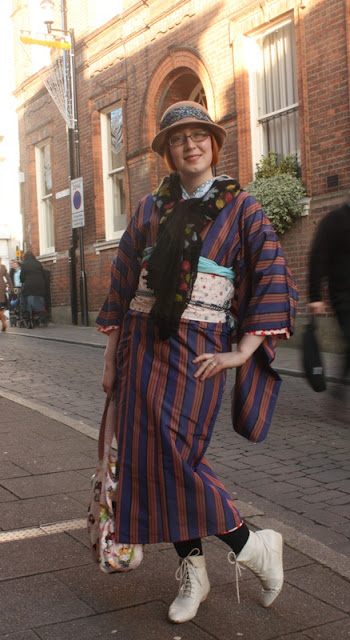 This kimono is fairly short, and while I could wear it without ohashori, I have to confess that I don't really like the look. I much prefer to wear it short on purpose, but WITH ohashori. Funny thing is, my husband was saying that I wore it TOO short, so I had to give him a small "lecture" about different styles and how this is my style. He was still not impressed :) 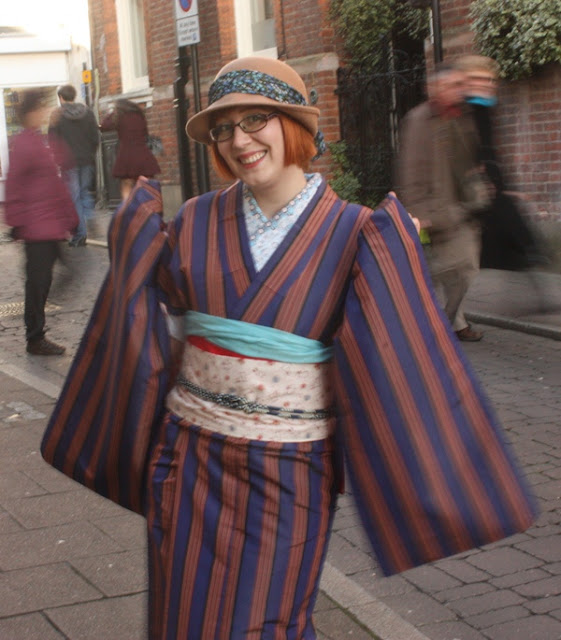 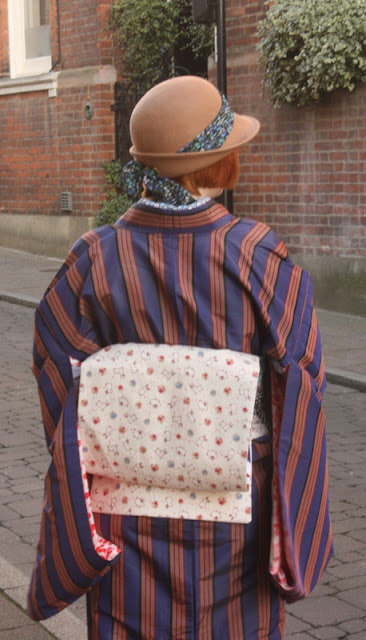 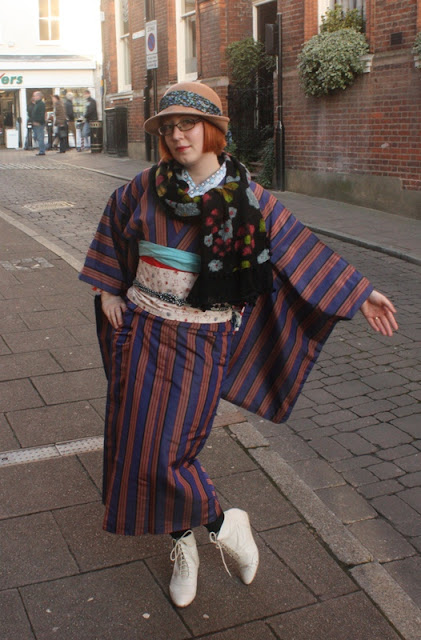 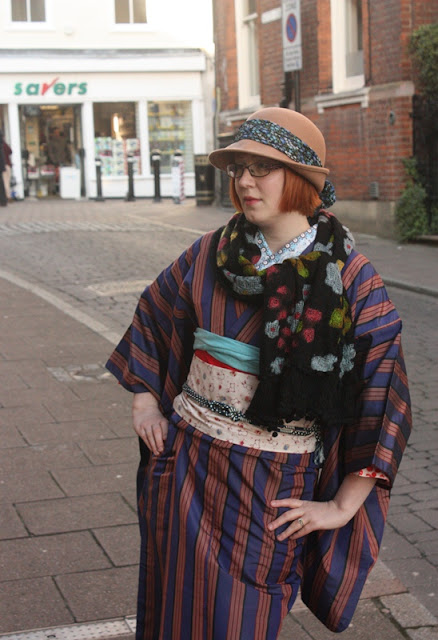 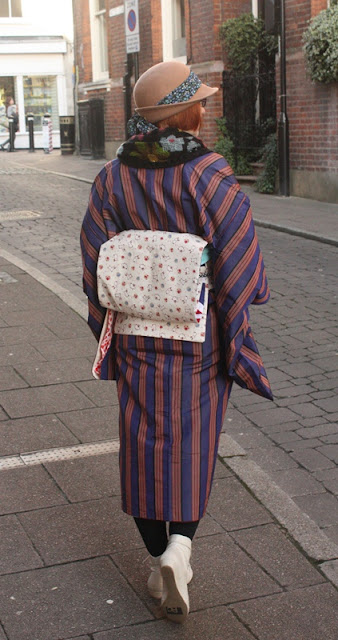 Generally I'm not too concerned with the coordination, and mostly I wear what I think will look good together. That's the reason why I buy so many geometric komon, because I don't have to worry about seasons as much. In this case, I picked the obiage to match the haneri I've made, and I picked the scarf and hat to match the flowers on the haneri. Looking at this, I think everything works pretty well together at the end, but at the same time I won't be able to explain much on WHY I picked what I picked. It just felt right to me.

On a side note, gosh I need to get  my hair trimmed! It's driving me crazy, but I'm in between stylists right now so I'm being lazy about calling yet another new person.

Have you had your first kitsuke of the year yet?

P.S. Shhhhhhh, don't tell anyone, but my top secret New Year resolution is to wear kimono once a week....
Posted by Lyuba-chan at 7:29 AM