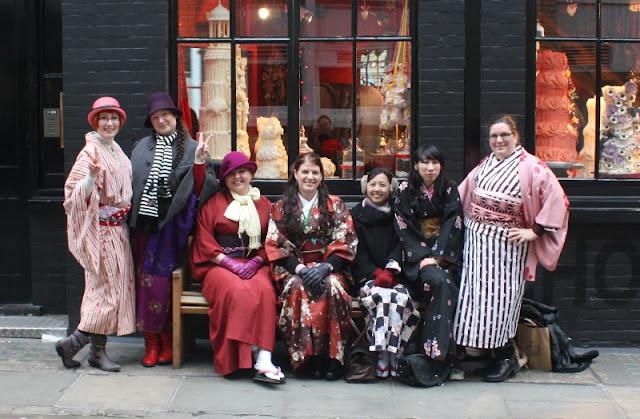 Yesterday I went to London for our first KDJ of the year. This time the theme was Akira style, chocolate and tea rooms.

I left the house at 9:30 am and this is when the whole trip started to get downhill. When got to Epping tube station, I found out that part of the Central line was closed so I had to take a replacement bus service. I had to do it once before, and I absolutely hate bus replacement services! Of course, I could have just looked up to see if there were engineering works before leaving my house, but since I know where I was going, I didn't even think of doing that. Then, once I got to the tube station again, I ended up waiting for around 20 minutes on the tube just to move, because of the broken train. After that it was a very slooooooooow journey to my destination, with 3-5 minutes waiting at each station. So yeah... I was pretty much an hour late to the event that I myself organized lol.

Once I got to Carnaby Street all was well again, since the annoying tube was behind me, and all my friends were already waiting for me. I hit up Choccywoccydoodah first to see if they were still there by any chance, but they had already left, so I went to Camellia's Tea House where I've made an afternoon tea reservation. 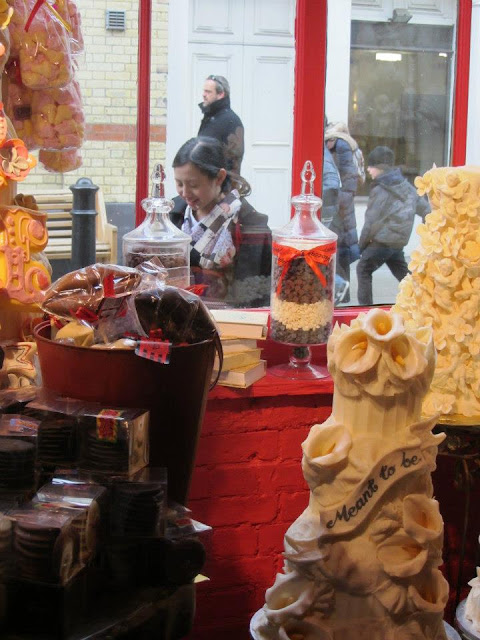 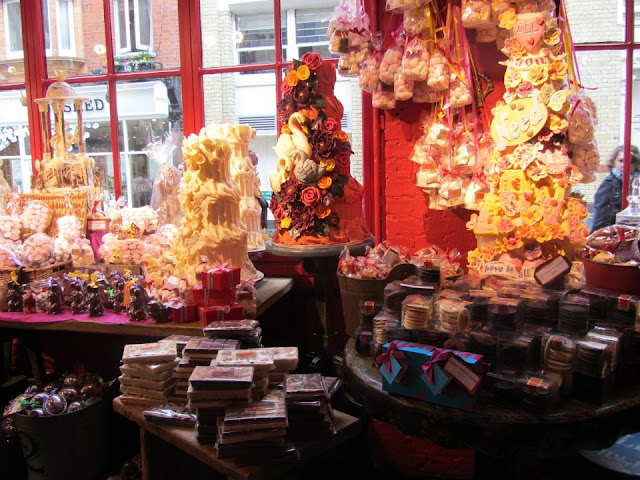 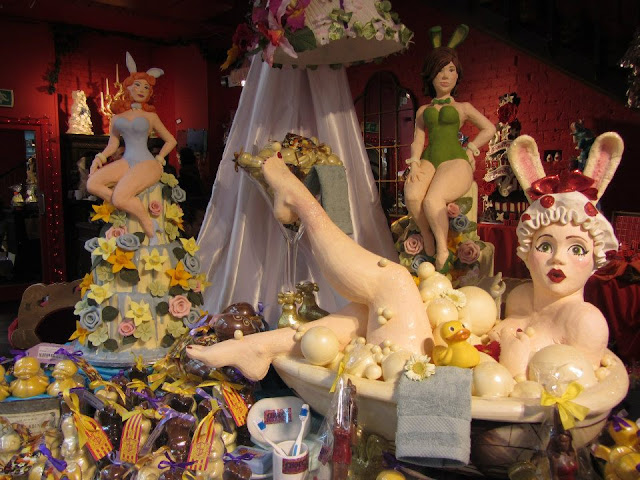 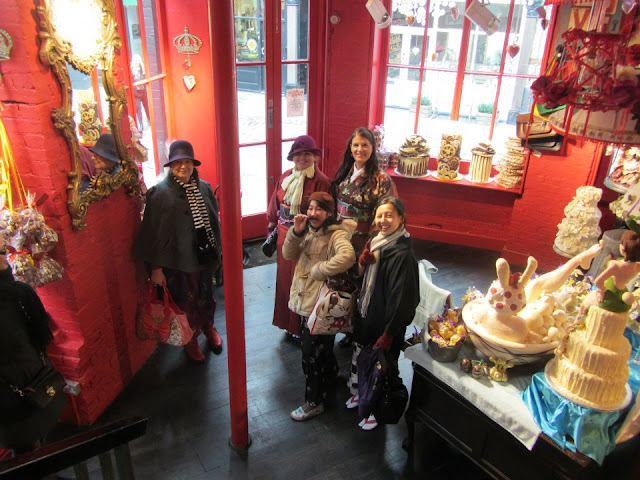 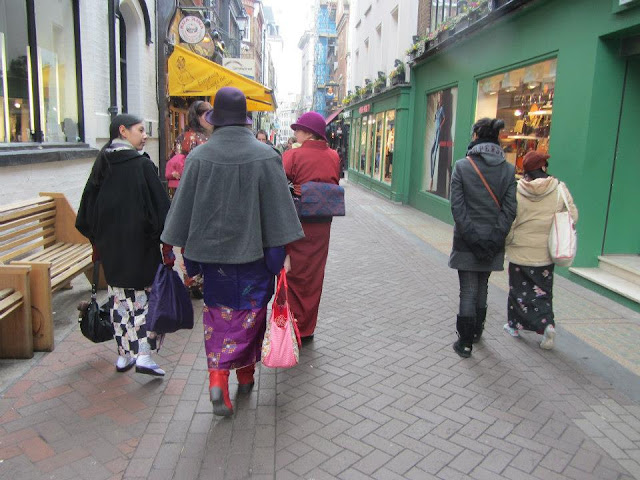 When I arrived at Camellia's, no one was there yet! Turned out they made a detour to Liberty's haberdashery department, so I just walked around and looked at all the various teas that Camellia's had to offer.

We got to try the greatest chocolate tea ever! I'm not a fan of black tea at all, but this one was NICE! I think  most of us bought that tea before leaving too :) I know I will be requesting that particular tea in care packages after I leave UK (in exchange for American goodies of course!) 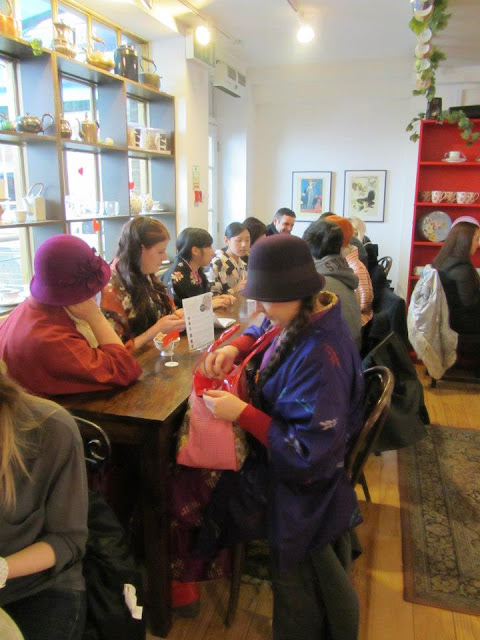 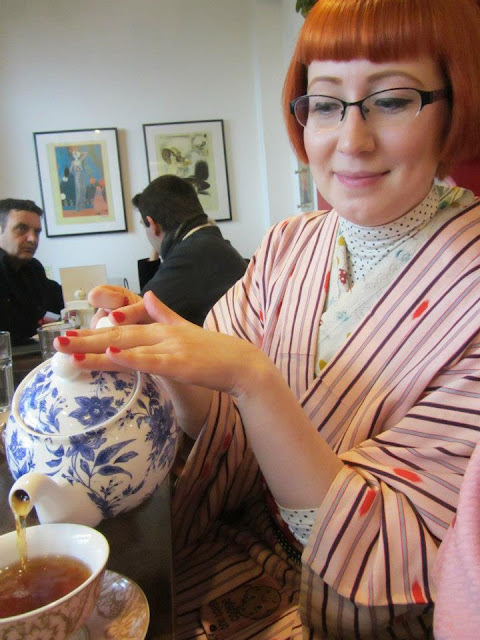 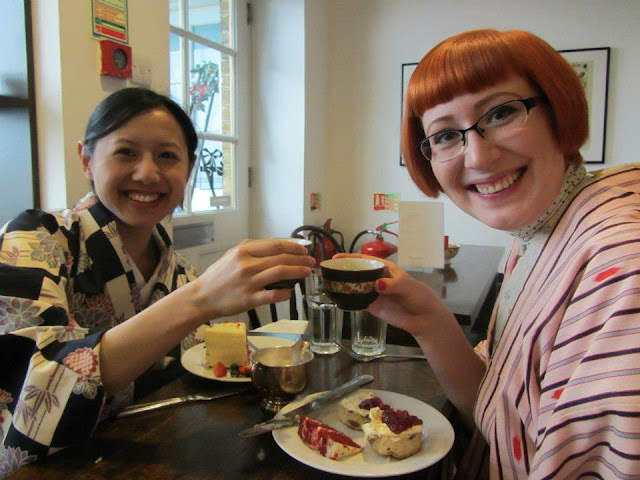 After we were full of tea, scones and cakes, we went back to Choccywoccydoodah area to take more photos. This is where some serious hilarity ensured, because I pulled out my Akira style beard and started posing for photos. I can't tell you how many people were stopping to look, laugh with us, and just be entertained in general. I could even see chocolate shop employees looking at us though the window, so I made sure to wink at especially cute guy ;P Don't worry, I had my beard off by then haha! 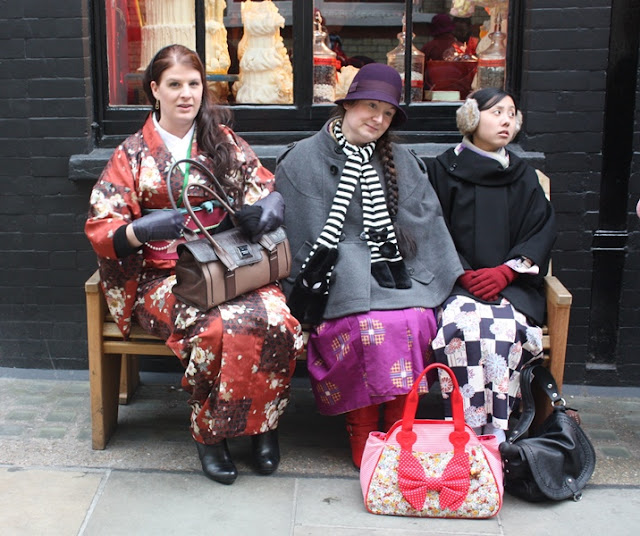 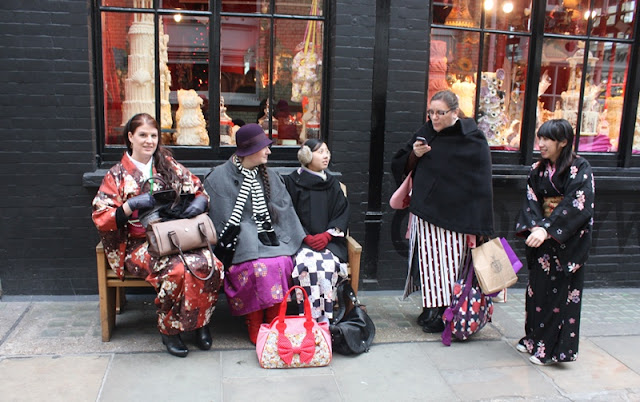 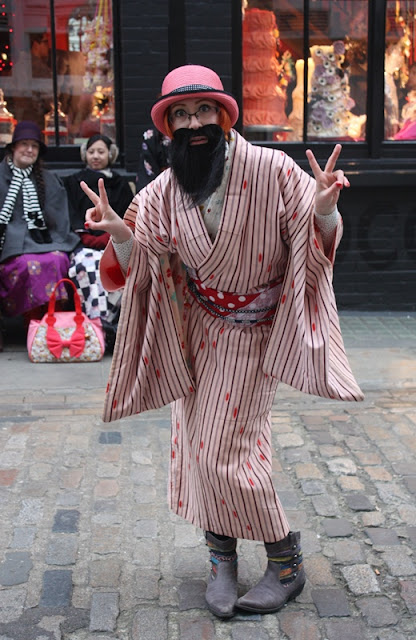 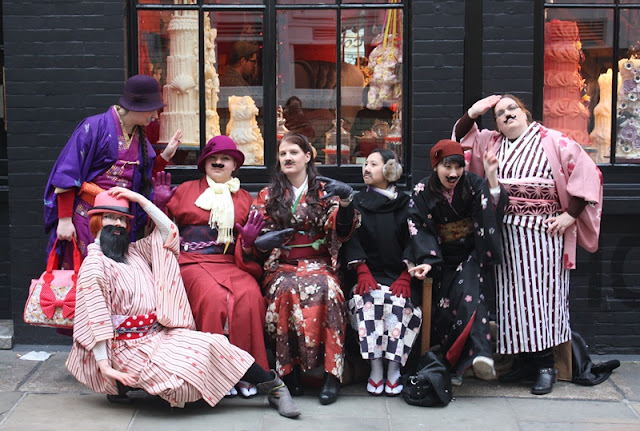 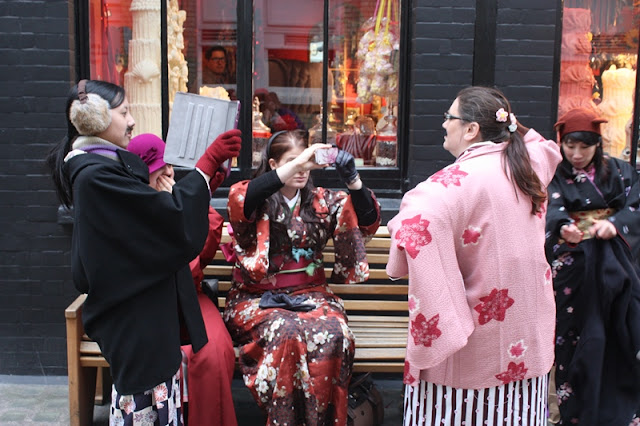 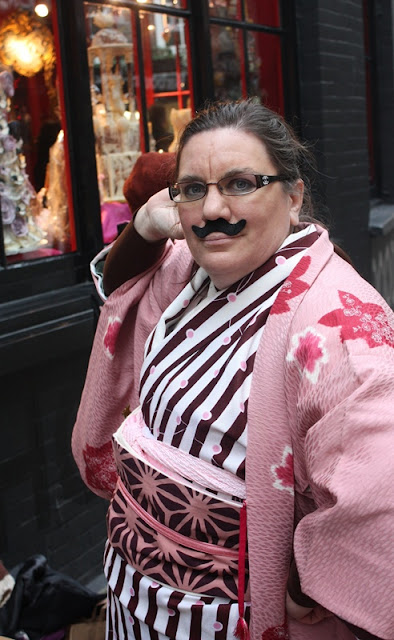 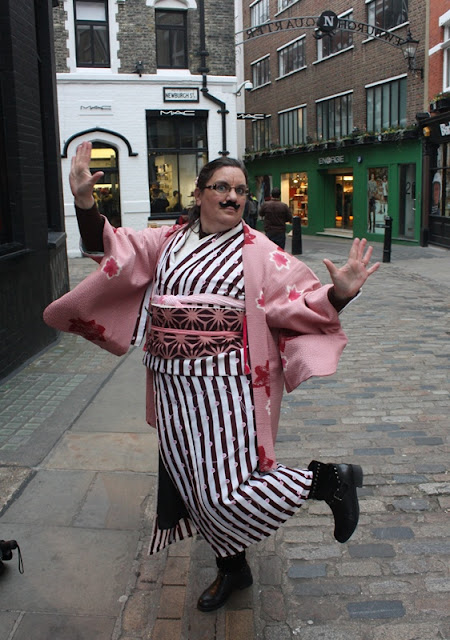 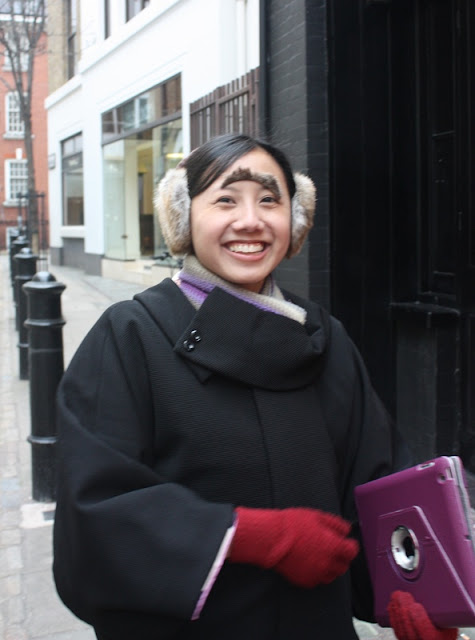 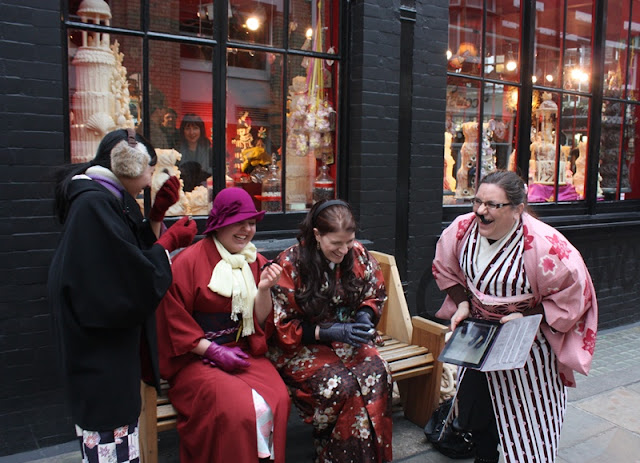 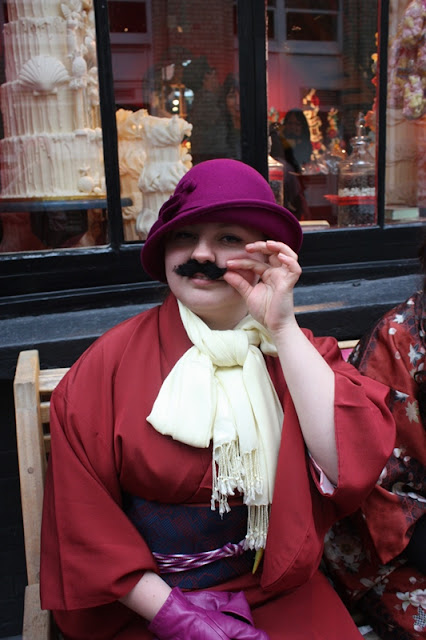 I had a blast and this KDJ was exactly what I needed! The great time IN London definitely made up for the not-so-great time spent getting there and back. I will definitely be going back to Camellia's to buy more tea too!