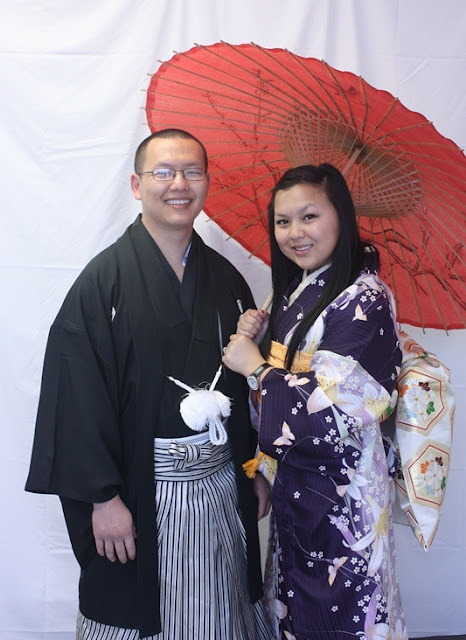 Here is my booth. I didn't take more photos, but right in front there is a big table with photo examples book, laptop and printer stuff on it, and to the right is where we hung the white sheets for photos. I brought all my biggest synthetic komon because in my photo book I had photos of them, but I shouldn't have bothered lol. Of course no one wanted photos in them, but I felt like if had photos of them... I might as well have them on offer too just in case. Because we all know if I didn't bring them, somebody would have asked

I also borrowed Hong's purple synthetic furisode, and her vintage wedding kimono (the one hanging) for decoration. 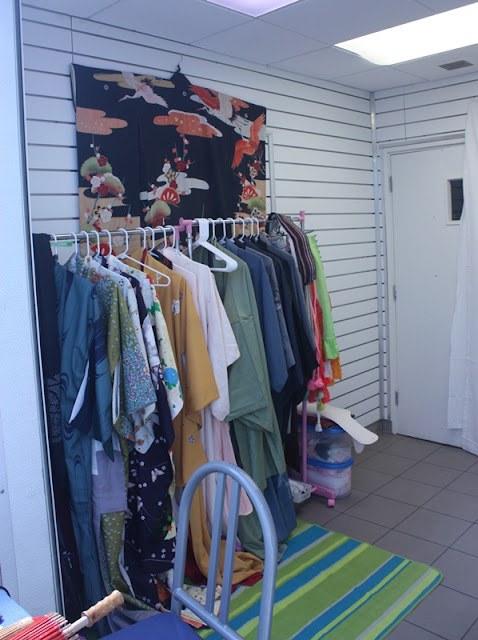 I know that these photos will seem repetitive because I only used 2 furisode and 2 obi, but I tried to make them look different by using different obiage/obijime. And I think it works

I mean I think all of those different obiage/obijime work, so for those of you looking for color combos, take note!

Oh, and I dressed a lot of young girls, maybe younger than 13? I didn't ask, but that's why we love kimono! I could fit them on full grown adult women and for young girls! LOL for some of them kimono were way too long, but I reassured them that it will not show in pictures

I hope I've made them feel as pretty as they looked. 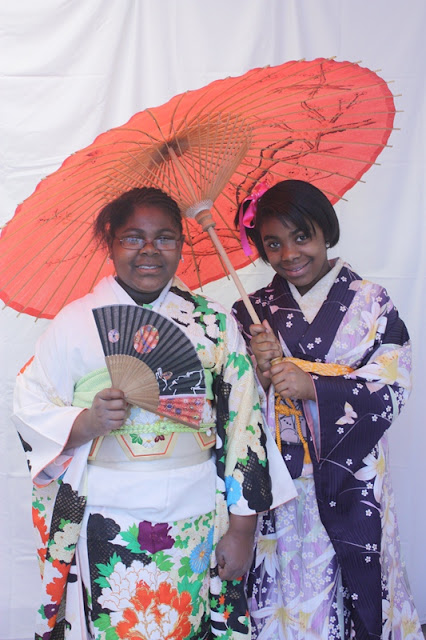 In case you wonder, numbers were for people who wanted their photo emailed. This way I know who is who. 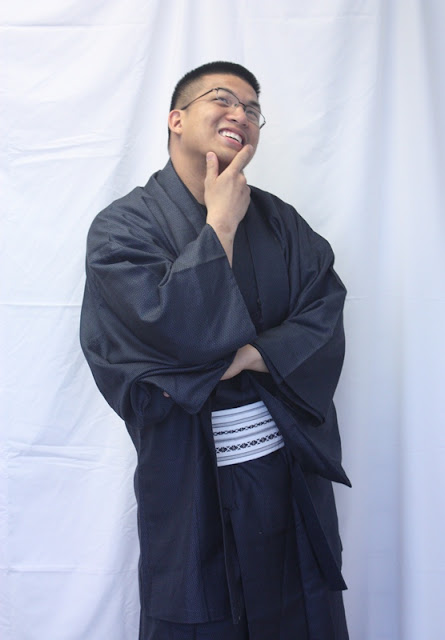 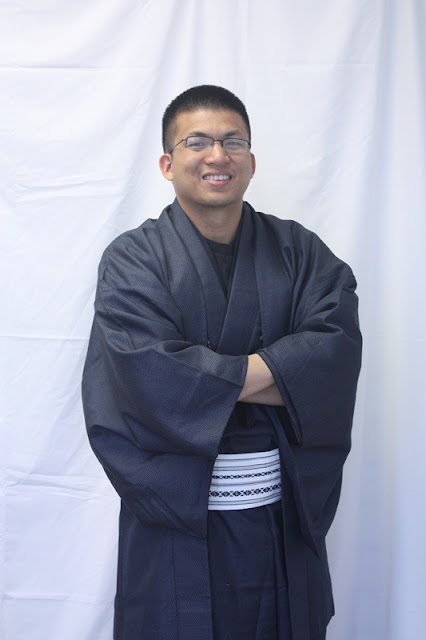 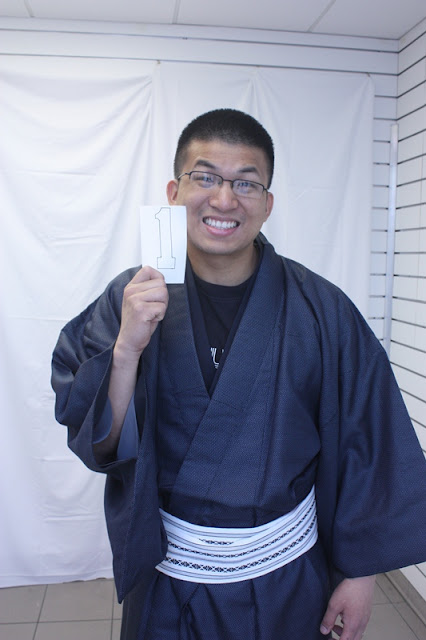 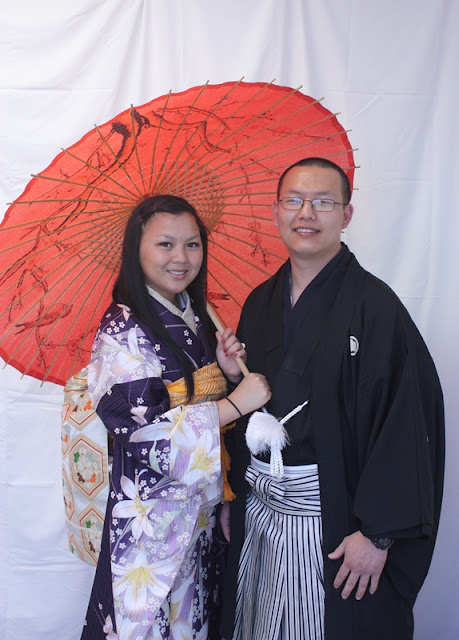 This is what happens when I watch too much Gokusen the day before :) Guys in Gokusen wear kimono as loosely as this. 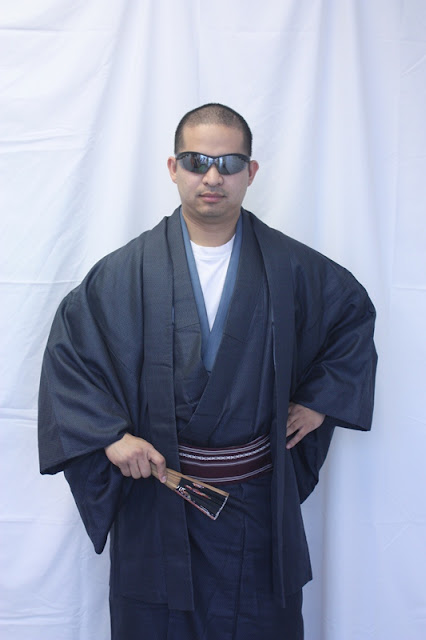 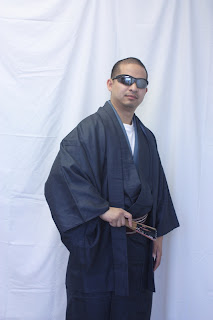 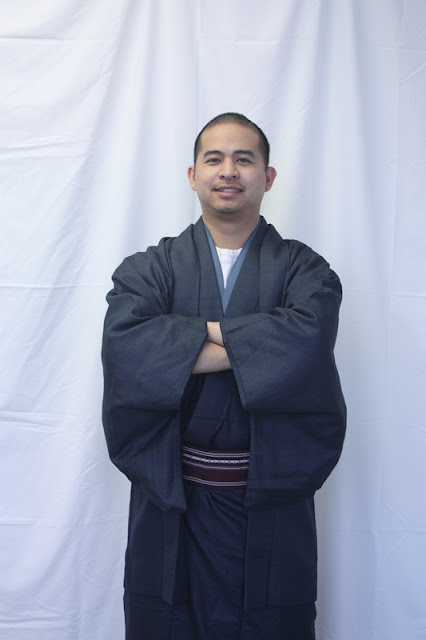 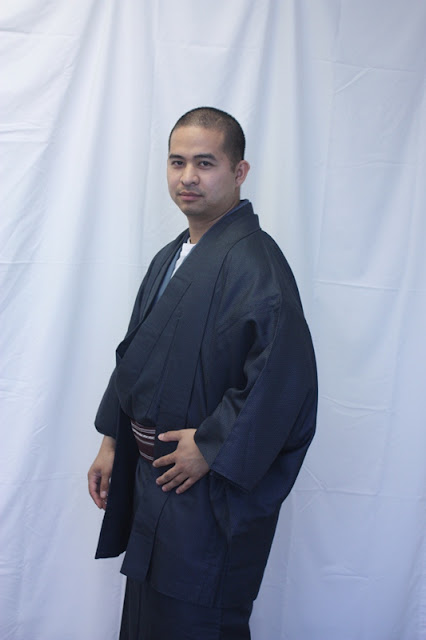 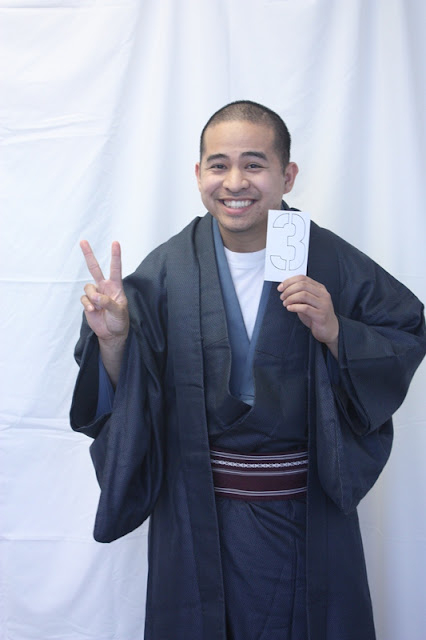 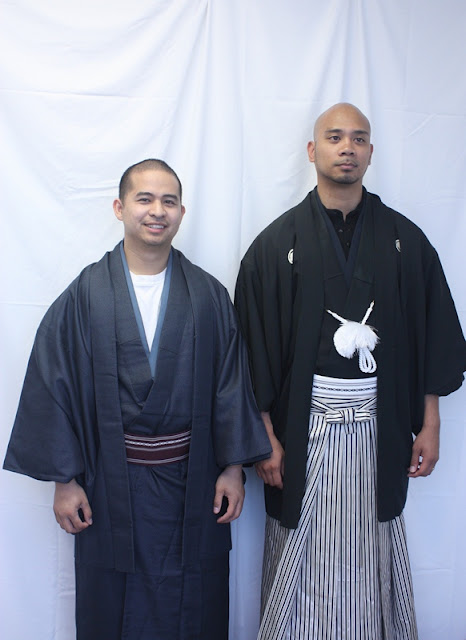 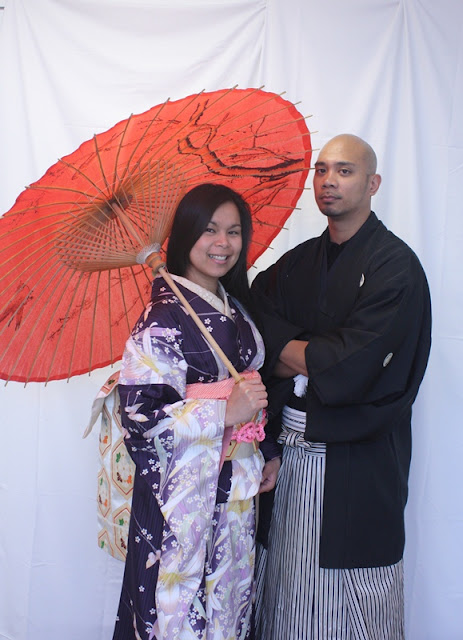 This is my favorite photo

With little girls I just pretended like they were little maiko, and tried to make obi as long as possible in the back. Good thing they were so tiny, I had lots of obi left over 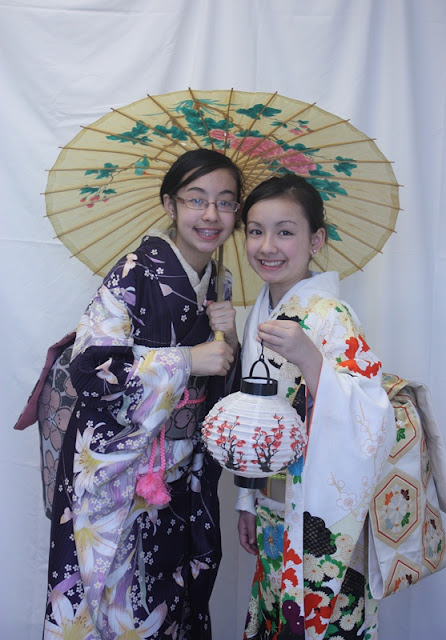 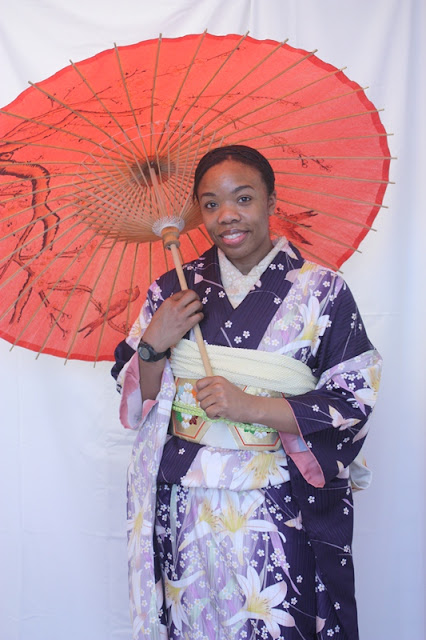 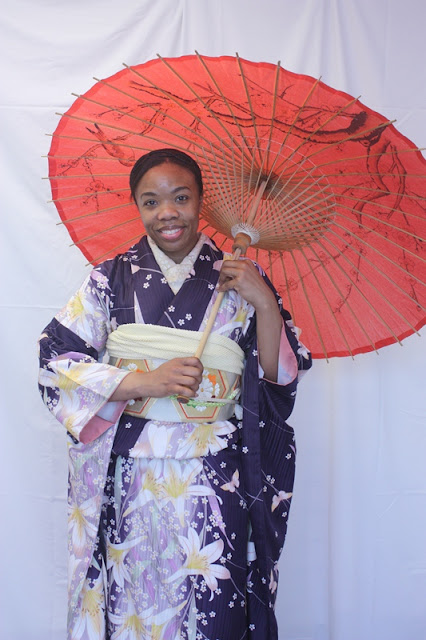 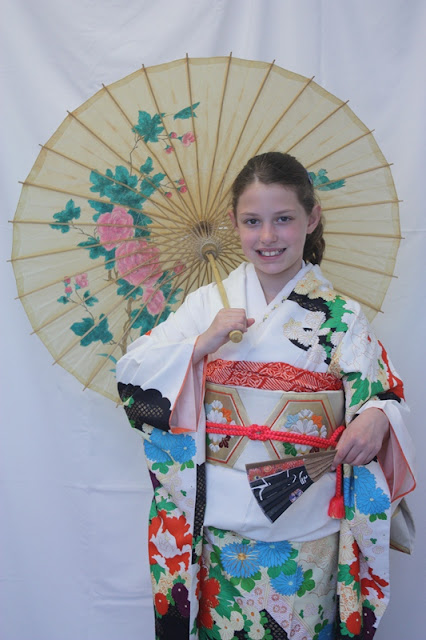 I'm happy because I got a lot of photo examples for my book! :) Plus I've had a lot of fun, and got to dress lots of guys in kimono :) And then make them pose for photos MWAHAHAHAHA!

P.S. Who would have thought that copying post from IG will copy emoticons too? :)
Posted by Lyuba-chan at 10:53 AM