Lately I haven't been feeling like doing kitsuke much. Last week I went to London to help Hong with her pre-wedding photo shoot where I dressed her up in kimono, so does it count as once a week kimono? This was about the extent of my kimono adventures in August, and I just couldn't bring myself to go anywhere. Sometimes I get tired of going places alone. Yes, I know that I constantly go on and on about not waiting for anyone and just wearing kimono and go for it, but even I get fed up with being the only one in my area. "My area" being the keyword, as I can always count on Hong but that would mean either going to London or her coming to me, which is a whole day thing. Sometimes I want a two hour thing instead.

Anyway, rant over. Today I've decided that enough is enough, and I NEED to wear kimono. My husband had his much dreaded eye contacts appointment, which went MUCH better than we thought it would, and it wasn't raining. So kimono day it was. 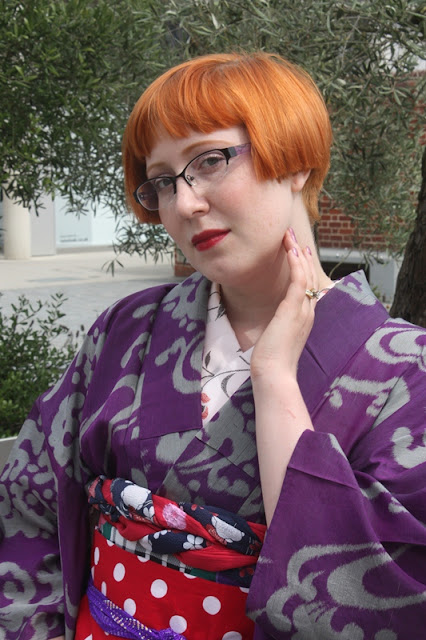 I've wanted to wear this kimono and obi combo for a while, but the last time I wore this same kimono, I went with the other side of the obi. Yup, essentially it's a reverse kitsuke. I went pretty low key with the obiage, picking ones that will compliment the colors of my ensemble vs. ones that stand out. Actually... don't I always pick ones that complement the colors of my ensembles? I guess this time I just felt like using obiage that will "blend in" a little more. The idea was to play off the colors in my new Irregular Choice shoes (so comfy too!!!) and a little bit from the haneri. 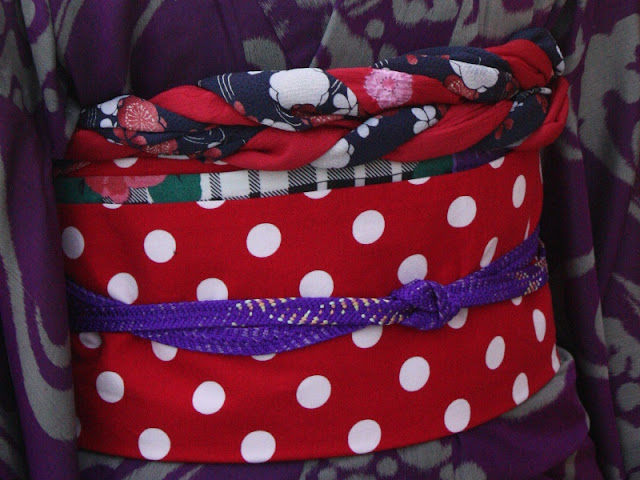 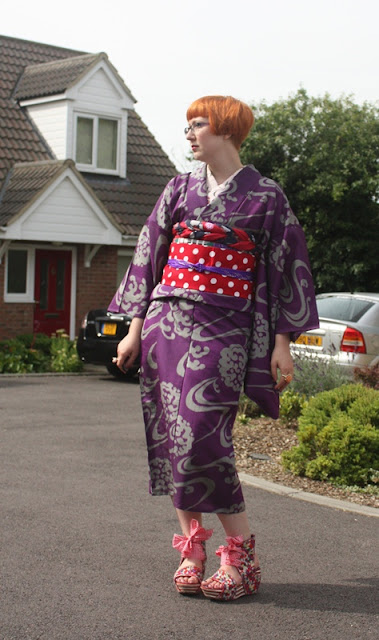 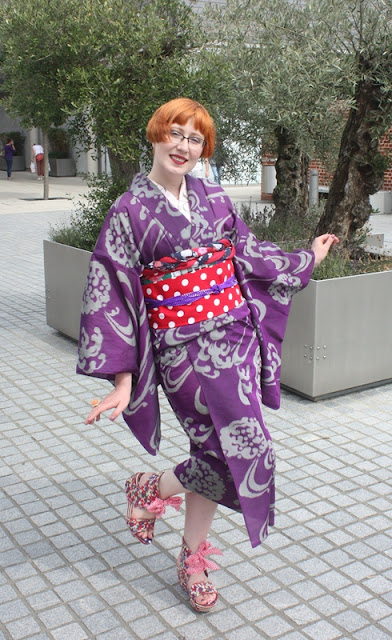 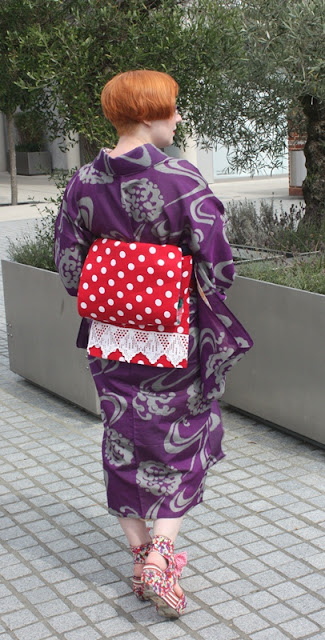 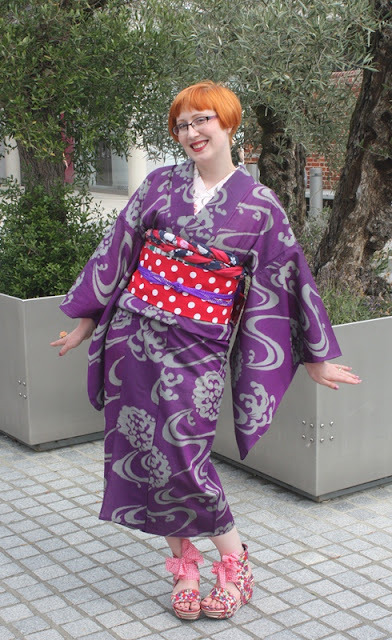 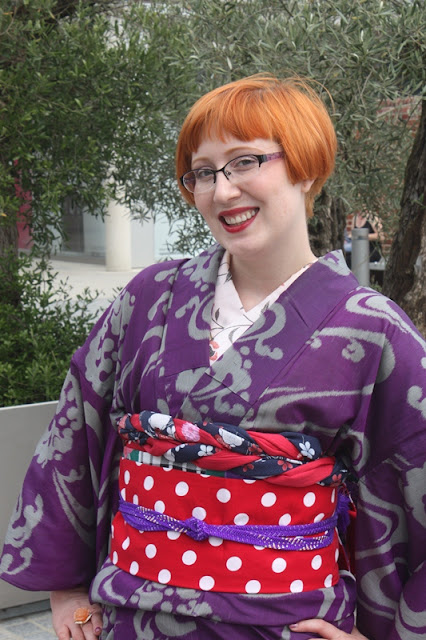 Everything was going pretty well until I got out of the car and realized that I've gotten car sick. Seriously, that haven't happened to me like... ever! I was the one driving! I think I got overheated (I get motion sick when I'm hot), which was hard to believe since I usually tolerate heat very well. Plus, I wore this kimono to London, on the tube, in the same temperature, with the same obi, and was fine before. So what was different today? I'm thinking it's the combination of humidity, lack of ANY wind, and lack of AC in every place we went to today. I just couldn't cool down no matter what, so I was very thankful that our trip was going to be pretty short to begin with.

The moment we got to the car I took off the obi and untied kimono as much as it was possible without flashing anyone. It seemed to help a little, but I was still feeling pretty wonky for half a day. Seriously though, today just didn't help me get out of my kimono wearing funk at all!