Last weekend I attended the very first Hyper Japan event in London. If I had to describe it, I would say that it was something in between a traditional Japanese festival like Japan Matsuri and anime convention, but a lot closer to the convention yet not quite like it. The emphasis was on Japanese street fashion, especially Lolita. There were some traditional elements too, like kimono dressing and Japanese pottery and items for sale , but still there were more stuff that were pretty modern. My favorite were cupcake and sweets jewelry, especially chocolate mirrors. No they were not made from chocolate, but just looked like one :)

Overall I was pretty impressed with the event, for it's first time. I will definitely go again next year.

Back in August I even applied to be a model in their KERA fashion show, but sadly I didn't get picked. Oh well I said and decided to wear something that will make me stand out even more than any of those models. I spent over a week picking out an outfit, posting my choices on Immortal Geisha forum and changing it up based on suggestions. I never thought that hard about an outfit before lol. Usually all I do is pick a kimono, and the evening before or the day of I go into my room and grab an obi and accessories that will match. But not this time! I was determent for it to rock!

For kimono I choose one of my newest ones, striped meisen. I couldn't believe how cute it was when I received it! I think stripes are my favorite pattern now :) And the sleeves are so long, I think they are around 65cm or so. Compared to my usual ones, it is a nice change. I paired it up with my bright yellow nagoya obi. Actually it was my first choice, but then I changed my mind thinking it wouldn't match but at the end I still came back to it. I used a new belt for obijime and a sunflower necklace I made as a last touch.

But here comes the fun part! Instead of zori I wore my GAGA Irregular Choice boots that I've been waiting to wear for like... forever! That meant that my kimono had to go up higher than usual, just right below my knees higher actually :) :) 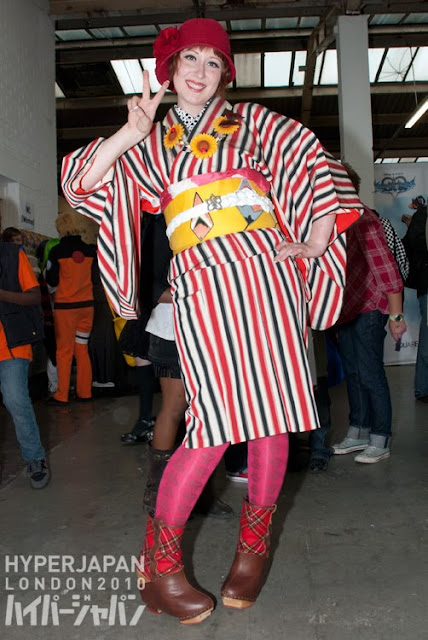 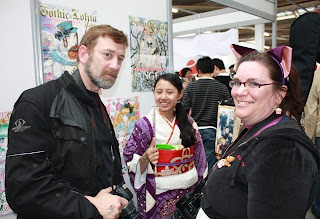 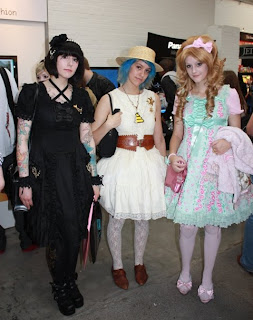 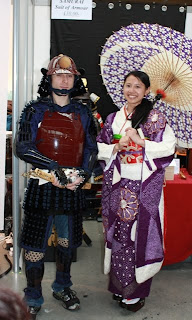 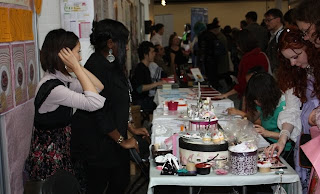 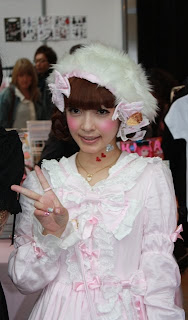