For a few month now, Hong and I were talking about doing a kimono photo shoot with some of her kimono that I've been dying to wear. You know, if I can't own them then I can at least experience wearing them right? This week we were finally able to get together and do a photo shoot!

I picked her up from Eppings and we drove back to my house, where I promptly started applying my makeup. I have to admit that I WAS going for the white(ish) face because I've been dying to give it a try. The day before I looked up oiran makeup and as far as I could tell, there is no difference in the makeup between oiran and geisha. If there is, I don't know about it and can't tell.

So first we did a regular furisode photo shoot, but I will post it tomorrow because today I'm very excited about my super scandalous oiran photos! Yup, we sure went there. Semi-naughty kimono photo shoot, but without connecting it to geisha. We were going for a stylized oiran look with the obi tied up front. The rest of stuff are for pure naughtiness, as I don't think oiran ever wore their kimono that way. 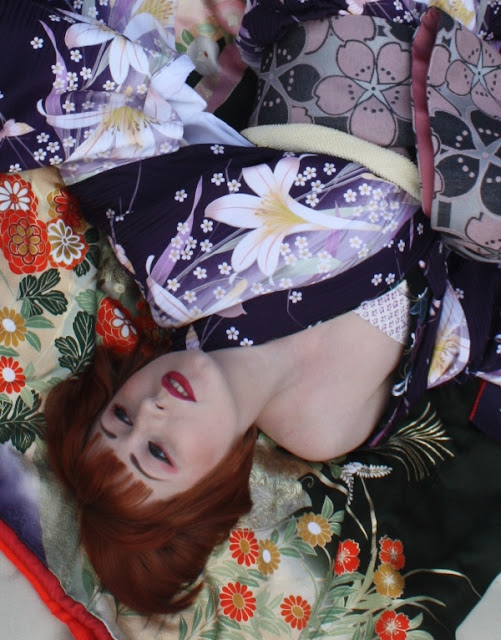 The location left lots to be desired (my backyard) but I still love the photos. I think they turned out very well considering what we had to work with, and who we had to fight for the peace of shooting. I think I (gently) kicked my kitties about 100 times trying to get them out of the photos.

As I said already, I attempted to do a whitish makeup look but that's failed mostly  because I didn't mix in enough white foundation. In the photos, my face doesn't look that much whiter than the rest of my body (oh how I love UK). I put a little bit of pink around my eyes though, but not enough for it to be in-your-face pink. 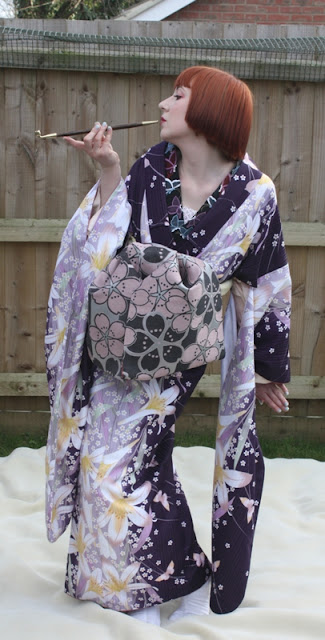 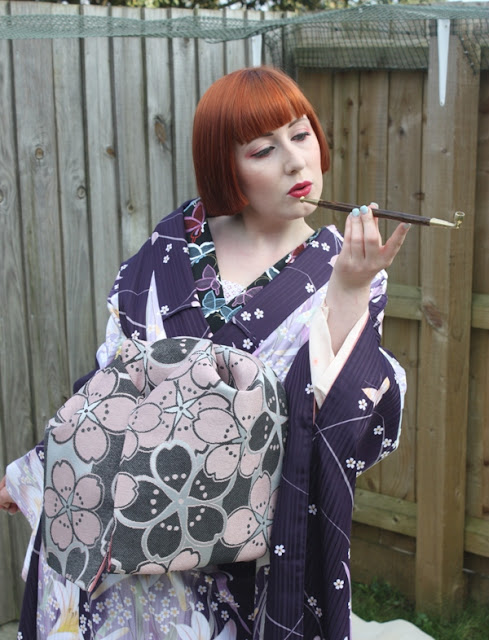 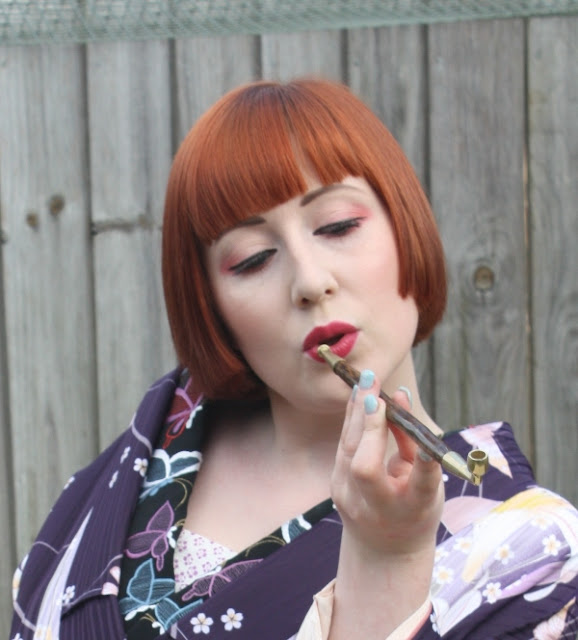 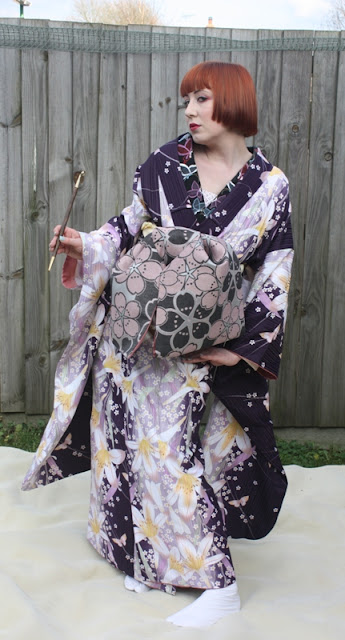 In the process of dressing, we learned something that I never really knew or thought about. If you want to go for off-the-shoulder kimono look, you better make sure your haneri is long enough! The reason I'm not showing more shoulder is because we "ran out" of haneri so for the next time, we'll have a custom made haneri just for this purpose :) 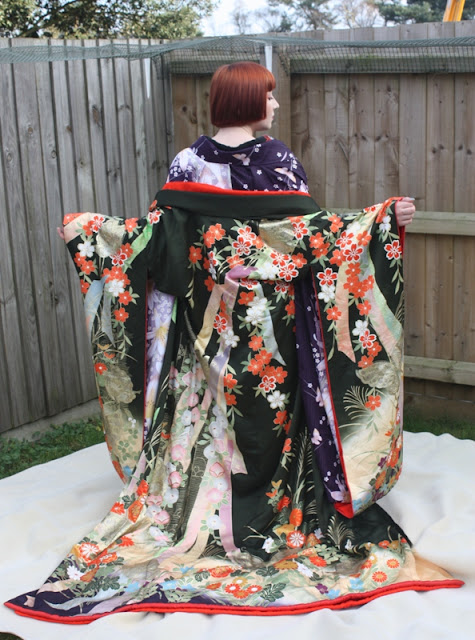 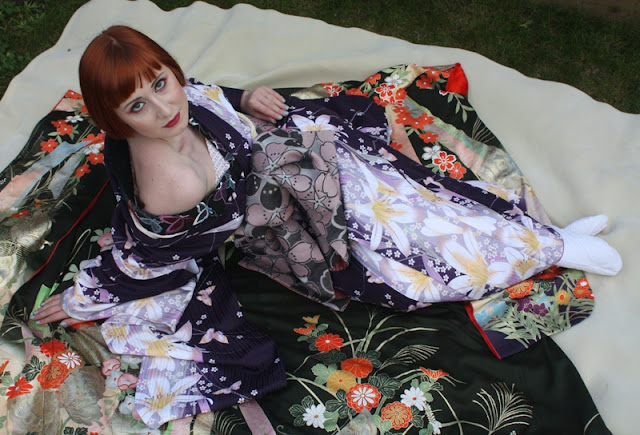 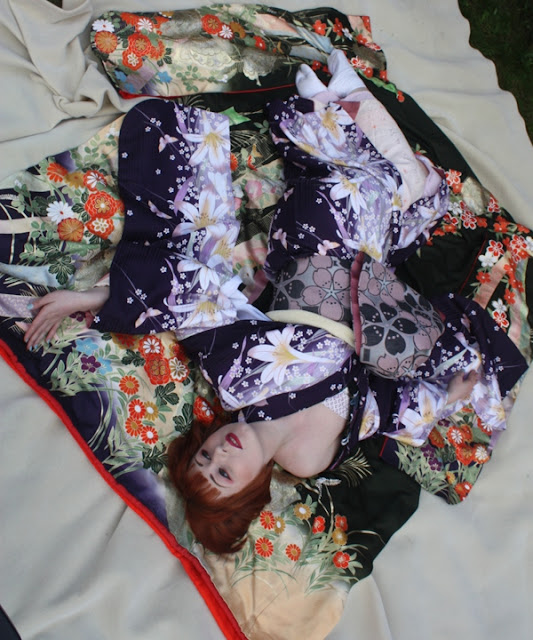 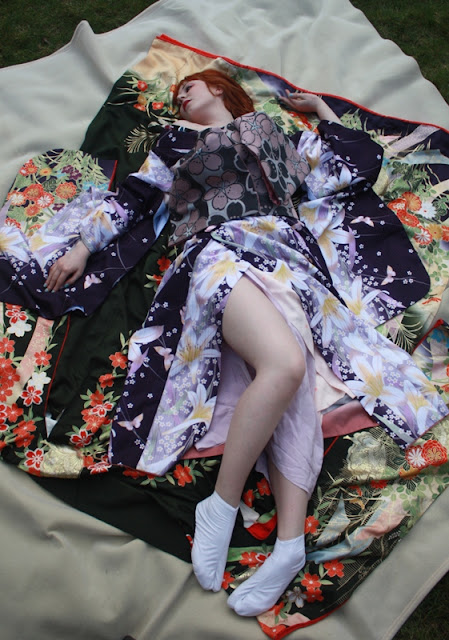 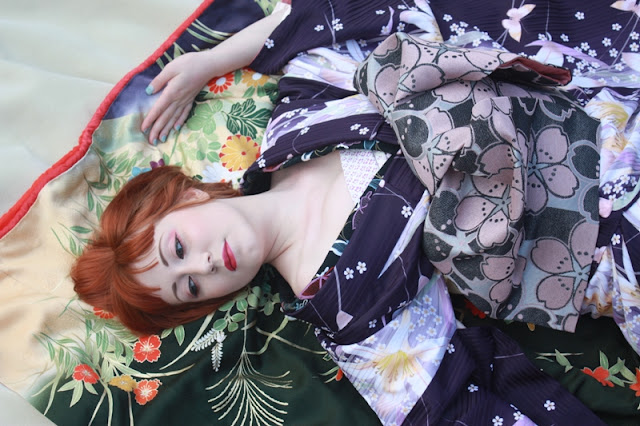 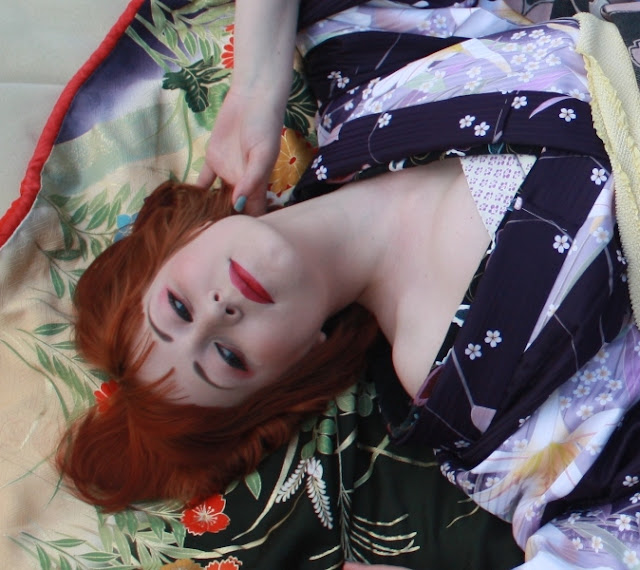 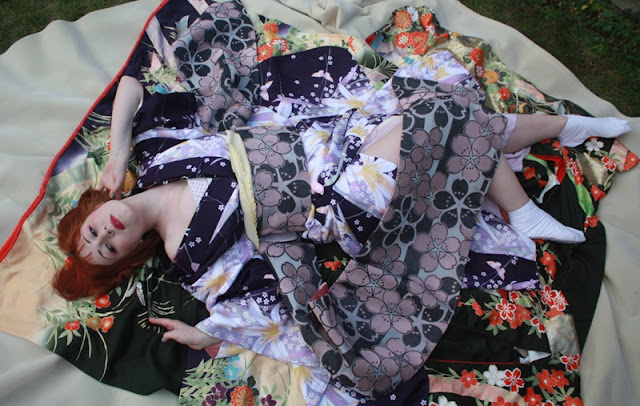 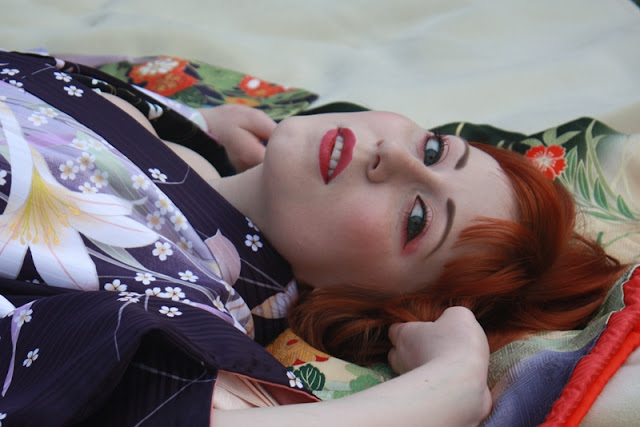 My husband decided to join in on the fun :) I think you can pretty much guess what I was thinking from the look on my face. :) 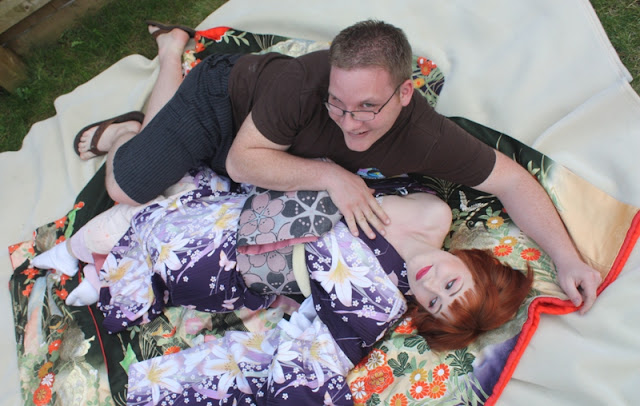 So what do you think? Success? Fail? Not scandalous enough? (that's what Hong thinks)